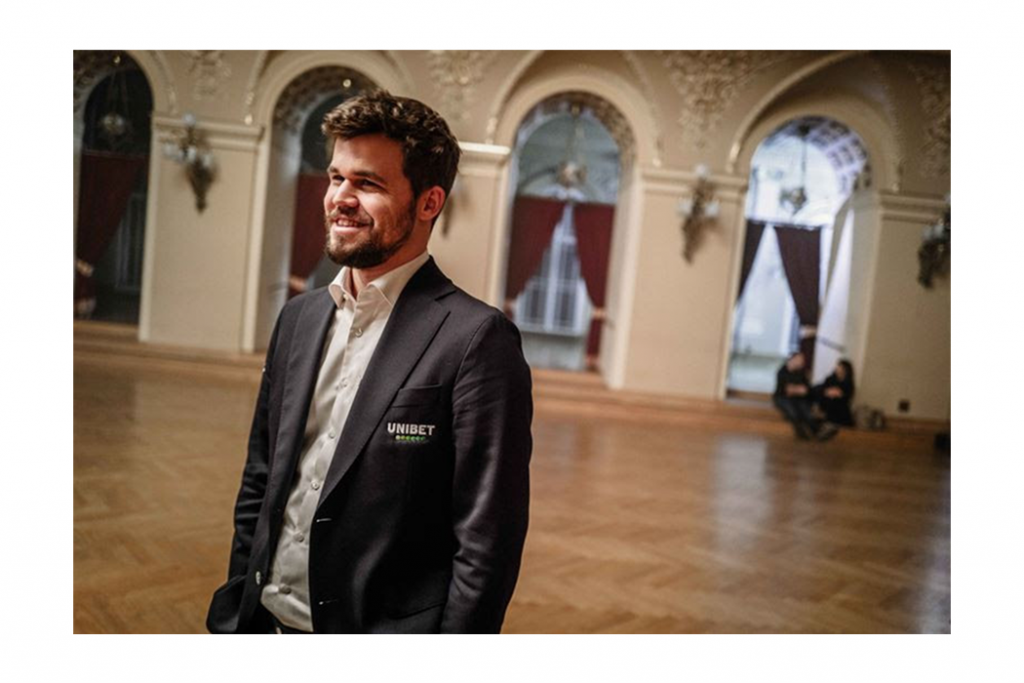 World Chess Champion Magnus Carlsen To Be Sponsored By Unibet

Unibet, Kindred Group’s global sports betting brand, enters a two-year commercial sponsorship with the chess World Champion Magnus Carlsen, strengthening the brands position as the preferred choice among expert bettors by partnering with the ultimate ambassador for decision-making based on calculated risks.

“We see great potential in building a stronger market position towards the hundreds of millions of chess fans around the world, as well as all other online gamblers who understand and appreciate the value of gaining an advantage by digging into data and researching facts. Since 2014, Unibet has communicated that “luck is no coincidence”, celebrating those players who rely on research and statistics to make informed decisions. Magnus is a perfect fit for this concept, and our most recent marketing campaign is a good example of that”, says Rhodri Darch, Chief Commercial Officer at Kindred Group.

Magnus Carlsen, who recently set yet another world chess record, with the longest stint of games without loss in classical chess (120 matches, and counting), is pleased to have the deal in place.

“This is something I’m really looking forward to. Unibet and I share a lot of the same values and interests in sports and related stats. We both know that “luck” is no coincidence. To make the right decisions, you need a well-balanced combination of knowledge, skill, and intuition”, says Magnus Carlsen.

“Unibet also have a highly professional and at the same time creative and playful approach to precise execution, which is something I can associate with. I find it exciting that such a big and global brand now aims to take greater ownership of international chess,” continues Magnus Carlsen.

The agreement is part of Unibet’s global marketing strategy and an optimisation of the marketing mix to better cater for the Group’s long-term strategy towards sustainable growth.

“We are proud to present the highest rated chess player in history as our global ambassador for the next two years. Magnus Carlsen is the reigning world number one since 2010, World Champion since 2013, and has won a total of twelve World Championships in classical chess, rapid chess and blitz. We are delighted to support him in his future endeavours, retaining his position as the world’s best chess player”, continues Rhodri Darch.