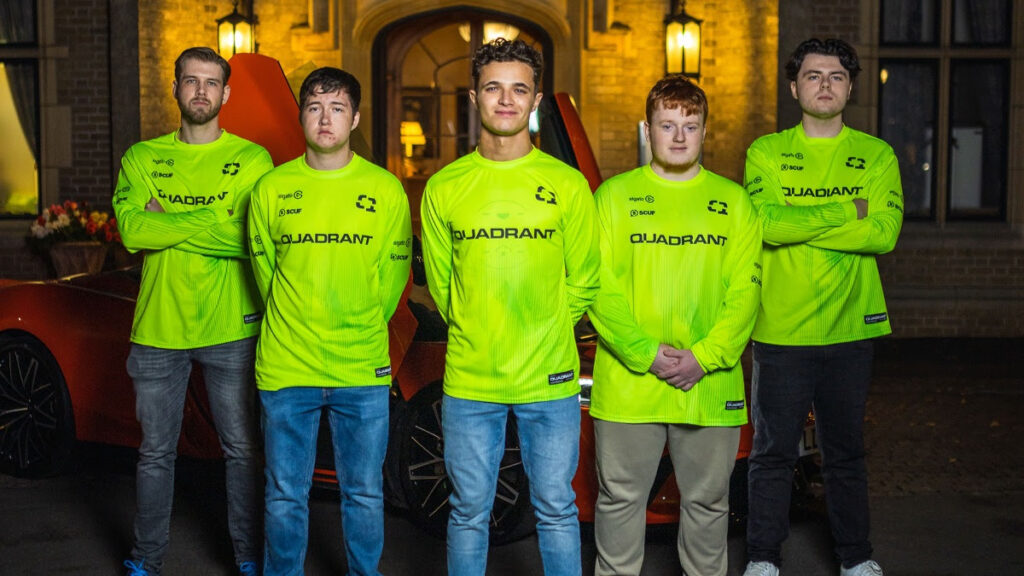 During what is still its first year of competing, Quadrant continues to grow as it finds success in the esports space, having recently become a partnered team within the Halo Championship Series.

Quadrant is perfectly placed to showcase the esports title to its predominantly motorsport and gaming-focused audience. The championship has proven to provide excitement and drama time and time again, making it ideal for new or seasoned esports viewers to consume. Quadrant hopes to have decals and in-game items available for fans to use in 2023 to showcase their support for the franchise.

The RLCS gets underway today (14-16 October) with the Fall Split Open. With the commencement of the first Regional this year, Quadrant will be gunning to become the first all-British roster to make a Major in RLCS history.

Lando Norris, Chief Executive Officer & Founder of Quadrant, said: “Quadrant finally has our own Rocket League team. It’s a title we’ve always had an interest in, so after a great debut year in esports, we’re now adding another team to our roster. Competition is in our DNA, so it’s going to be awesome to see how we compete on the big stage, and it all starts today with the Fall Open.”

Jamie MacLaurin, Chief Gaming Officer of Quadrant, added: “We are starting to build some good momentum now with our esports programme and signing this roster was a big statement for us. Rocket League is an esport we have admired for a long time, and we know will resonate well with our fan base. This all-British lineup is full of star quality and we look forward to an exciting season with them ahead.”