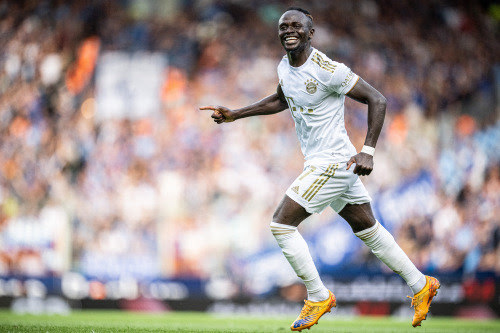 The Bundesliga and Bundesliga 2 are back in the Middle East and North Africa (MENA) after a two-year absence, with beIN SPORTS adding the MENA region to its broadcast rights portfolio for the next three seasons.

As one of the world’s biggest sports leagues, with more goals per game than any other top European division and excitement each matchday, the Bundesliga is once again reaching more than 200 FIFA member countries through its global partner network. As part of the existing agreement with Bundesliga International, beIN SPORTS already has the rights to broadcast the Bundesliga and Bundesliga 2 matches in France, Turkey, Australia and New Zealand. The new agreement means that beIN SPORTS has, as they did until 2020, the rights to show all matches from the Bundesliga and Bundesliga 2, as well as the relegation play-offs and the German Supercup. The agreement also includes full clip and highlights rights across digital and social media channels, in addition to on-demand programming such as highlights and magazine shows. The contract begins immediately and runs until the end of the 2024-25 season.

Bundesliga International CEO Robert Klein: “With stars such as reigning African Player of the Year Sadio Mane lighting up the league each week, we look forward to working with beIN SPORTS to deliver world class localised content and showcase the best of the Bundesliga over the next three years to the millions of football fans throughout the region, who can now follow the league as well as their favourite teams and players again.”

beIN SPORTS MENA CEO Mohammad Al-Subaie: “We are delighted to welcome the Bundesliga back to beIN SPORTS in the MENA region. As one of the biggest and most significant leagues in world football, we’re proud to give German football fans the best viewing and engagement experiences, while helping German football flourish and grow in the region.”