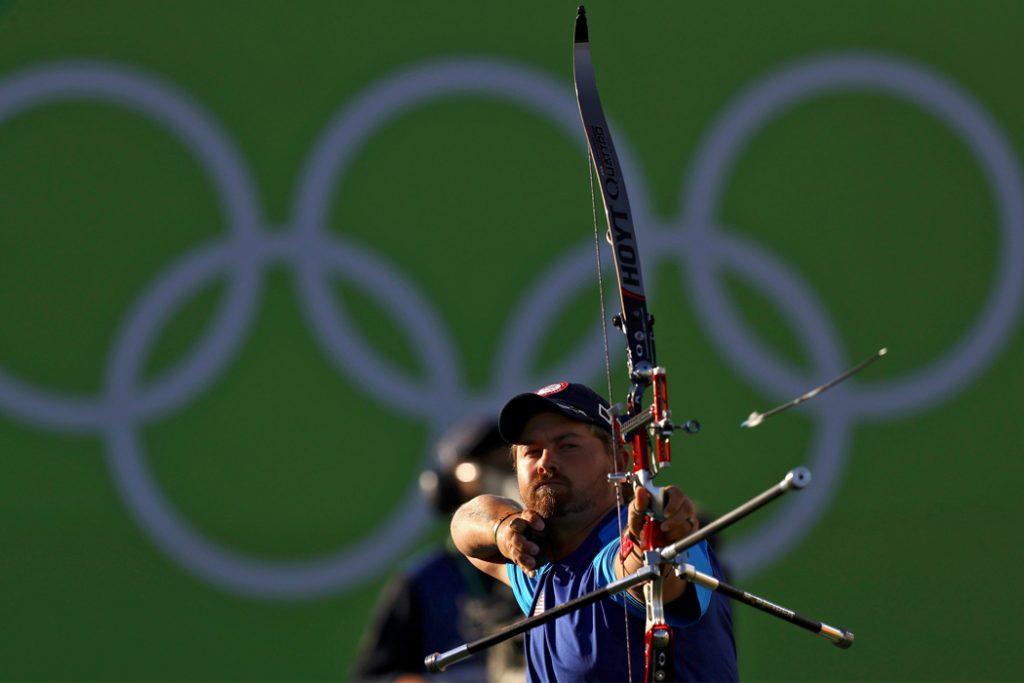 The archery venue for the Tokyo 2020 Olympic and Paralympic Games was officially unveiled on Sunday, the first completed venue built specifically for the Games.

The Yumenoshima Park Archery Field, located on a former landfill site, was set for completion in May but was ready by February.

As well as the Olympic Stadium and the Olympic and Paralympic athletes village, eight new competition venues will be used for the Games.

Yemenoshima is the first venue to be completed that was in Tokyo 2020’s original bid proposal.

Musashino Forest Sport Plaza, a multi-purpose center on the outskirts of Tokyo that will be used for the Games, was completed in 2017 but was not built specifically for the Games.

Rest of the venues will be refurbished pre-existing facilities.

The archery field, with a covered grandstand and warm-up area shaped like an archer’s bow, is the first of the new venues to be completed.

The venue was opened by Princess Tsuguko, who is a patron of the All Japan Archery Federation, alongside Tokyo Governor Yuriko Koike.

Japanese Olympic Committee President Tsunekazu Takeda, who will step down from the role in June amid a corruption probe despite denying any wrongdoing, was also in attendance.

Both Princess Tsuguko and Koike spoke of the desire to leave a lasting legacy post-Games.

“Preparations has been made since 2016 to aim to create an appropriate venue to receive top athletes for Tokyo 2020,” said Princess Tsuguko.

“This archery field will be the center of Japanese archery tournaments and workshops after Tokyo 2020. I hope that archery will be a tool for people to socialize.”

Double Olympic medalist Hiroshi Yamamoto and other Japanese archers fired arrows through balloons and archers from various local clubs were then allowed to use the facilities for the very first time.

“This is such a good moment for us,” said 16-year-old Saki Suzuki, a young archer.

“Archery isn’t so popular in Japan so I am hoping this place can make more people look at archery and maybe want to play.”

In February, construction at all new venues, including the Aquatics Centre, was found to be on schedule.