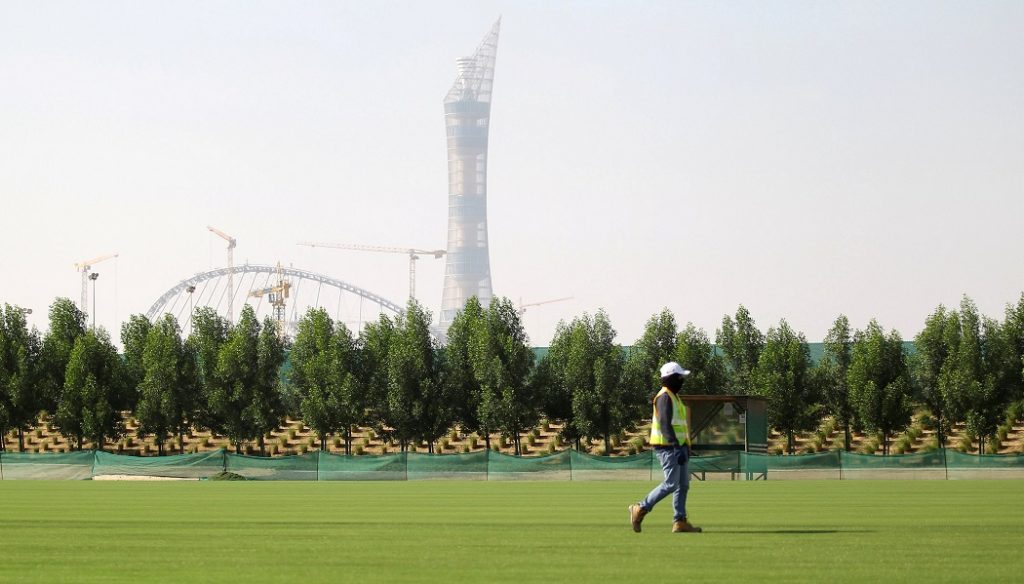 A French investigation into possible corruption in business deals related to Qatar’s winning of World Cup hosting rights moved the 2022 tournament a step closer to becoming enmeshed in the two-month-old Gulf crisis.

Taken together with the almost simultaneous announcement of the milestone transfer to Qatar-owned French club Paris Saint-Germain (PSG) of Brazilian star Neymar, the two events highlight Qatar’s perennial difficulty in capitalizing on its massive investment in sports as part of its public diplomacy and soft power strategy.

The investigation casts a shadow on Mr. Neymar’s transfer from FC Barcelona at a record-breaking cost of $260 million as a demonstration of Qatar’s ability to resist the two-month old UAE-Saudi-led diplomatic and economic boycott of the Gulf state; move ahead with its infrastructure plans, including World Cup-related projects; and continue to heavily invest in a multi-pronged soft power ploy of which sports is a key pillar.

The investigation links former French president Nicolas Sarkozy to millions of euros involved in business deals that were allegedly part of a three-way deal to ensure French support for Qatar’s World Cup bid as well as the vote of one-time French star Michel Platini, who headed European soccer body UEFA and was a member of FIFA’s executive committee before being banned from involvement in soccer on corruption charges.

Qatar’s successful World Cup bid has been mired in controversy from day one. Allegations of wrongdoing in the bid, enhanced by FIFA’s multiple corruption scandals that have rocked the world body for the past seven years, and criticism of the Gulf state’s controversial labour regime that have been revived by the Gulf crisis, meshed with Eurocentric assertions. Eurocentric critics charged that Qatar did not deserve to host the World Cup because it was too small, boasted temperatures not conducive to performance, and had no soccer legacy.

The criticism of Qatar, although never convincingly countered by the Gulf state, had largely faded into the background until June when a UAE-Saudi-led diplomatic and economic boycott of Qatar raised questions of Qatar’s ability to move ahead with preparations for the tournament. The questions were fuelled by feeble attempts by Qatar’s detractors to revive the criticism and suggest that it should be deprived of its hosting rights.

Qatar, while denying any wrongdoing in its bid, has taken several steps to counter criticism of its controversial kafala or labour sponsorship regime, including becoming the only Gulf state to engage with its critics, and legal reforms that were welcomed by human rights groups and trade unions, but deemed not far-reaching enough.

Qatar faces a crucial hearing in November by the International Labour Organization (ILO) that will serve as barometer of the Gulf state’s response to the criticism of the living and working conditions of migrant workers, who constitute the majority of its population. The ILO’s conclusion is likely to take on added significance against the backdrop of the Gulf crisis.

Human rights groups have argued that the crisis offers Qatar an opportunity to secure a moral high ground by abolishing rather than reforming the kafala system. Qatar, in a move designed to reassure expatriates and project itself as being in the forefront of labour reform, said earlier this month that it would offer permanent residence to a select group of expatriates. The offer that does not apply to the vast majority of migrant workers is unlikely to deflect the criticism.

Alongside the looming revival of attention on labour, the French investigation revives the focus on the integrity of the Qatari World Cup bid that already is the subject of a Swiss enquiry and looms large on the background of the indictment on corruption charges in the United States of numerous FIFA officials.

France’s interference in the FIFA vote on the Qatari World Cup bid was documented in a lengthy expose in French soccer magazine France Football. The magazine detailed a meeting engineered by then president Sarkozy in 2010 between Mr. Platini, then Qatari crown prince and current emir Sheikh Tamim bin Haman Al-Thani, and a representative of PSG. The three-way deal cut at that meeting allegedly involved Mr. Platini agreeing to vote for the Qatari bid in exchange for Qatar acquiring the French club, creating a French sports television channel, and investing in France.

Britain’s The Daily Telegraph reported that French investigators were examining whether Mr. Sarkozy may have received funds from deals linked to the 2010 meeting, including the sale to Qatar of a five percent stake in French water management company Veolia as well as the purchase in 2010 of PSG by Oryx Qatar Sports Investments, believed to be a Qatari government investment vehicle.

The British paper, quoting French sources, reported that €182 million “may have been siphoned off the side lines” of the deals and also used for payments to World Cup officials. A spokeswoman for the National Financial Prosecutor’s Office in Paris said they were “carrying out two separate preliminary inquiries” into Veolia and the World Cup bid. She said there was no established link between the two inquiries and Mr. Sarkozy was not “formally and personally targeted at this stage.”

The investigation coupled with the revival of the labour issue and the looming ILO hearing moves Qatar’s hosting of the 2022 World Cup into the firing line in the Gulf crisis. Qatar was so far able to deflect concern that the crisis would affect its ability to host the tournament because it would take place 5.5 years from now by which time the crisis would have long been resolved, and that it was able to move ahead with preparations despite a rise in the cost of construction materials because of the UAE-Saudi-led boycott.

The French investigation and the labour issue, however, opens opportunity for a new line of attack. Perhaps, a silver lining for Qatar in the looming battle over its World Cup hosting rights is the fact that this line of attack, like much else in the Gulf crisis, would have a pot-blames-the-kettle character. Saudi Arabia, the UAE and other Gulf states have labour regimes like that of Qatar.

US intelligence officials have asserted that the UAE engineered the Gulf crisis by orchestrating the hacking of a Qatari government website that created the excuse of the boycott of the Gulf state.

Much of the sabre-rattling in the Gulf crisis focuses on influencing policymakers and international public opinion with efforts to resolve the crisis stalemated and the international community unwilling to support the anti-Qatar alliance’s demands that target the Gulf state’s sovereignty and ability to chart its own independent course. The emergence of the World Cup as a new battleground offers Qatar an opportunity to grab the bull by the horns. It’s an opportunity Qatar has so far availed itself only half-heartedly.

Dr. James M. Dorsey is a senior fellow at the S. Rajaratnam School of International Studies, co-director of the University of Würzburg’s Institute for Fan Culture, and the author of The Turbulent World of Middle East Soccer blog, a book with the same title, Comparative Political Transitions between Southeast Asia and the Middle East and North Africa, co-authored with Dr. Teresita Cruz-Del Rosario and four forthcoming books, Shifting Sands, Essays on Sports and Politics in the Middle East and North Africa as well as The Gulf Crisis: Small States Battle It Out, Creating Frankenstein: The Saudi Export of Ultra-conservatism and China and the Middle East: Venturing into the Maelstrom.

Do you want to contribute to iSportconnect? Click here to get in touch!