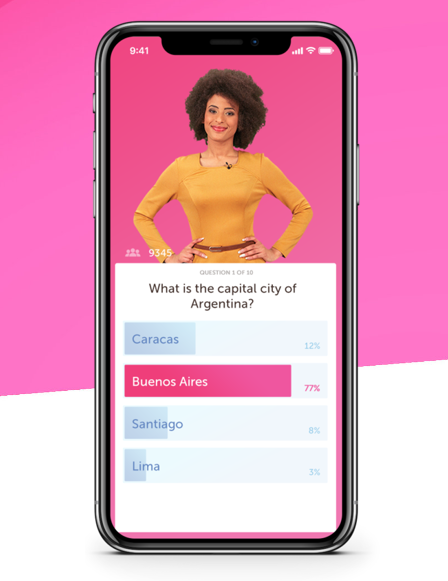 COMMENT: Why The Sports Industry Should Be Leading The Live Mobile Gameshow Movement

At the start of the summer, HQ Trivia launched HQ Sports as its first standalone game. The logic was twofold. Firstly, sports fans are some of the most passionate and loyal out there. Secondly, sports is still one of the few experiences that’s all about the live action.

Here at Monterosa, we’re excited to be launching our GameShow Live solution, giving sports organisations a new way to make interactive live streamed programming via new or existing channels. The solution can be used to create anything from quizzes with prizes, to live polls earning users points over time, acting as a key acquisition strategy to increase subscribers and engage current audiences.

One-off competitions and campaigns – or relying on fans to subscribe organically – just isn’t enough anymore. TV is heading for a big revolution, and live interaction accessed easily on your phone (or any device) is an increasingly popular way of grabbing your audience’s attention.

HQ trivia regularly has over 2 million people logging on to play in just one night. HQ Sports achieved more than 156,000 peak concurrent users within a very short space of time.

Sports organisations have a huge head-start. They already have millions of fans, some more engaged than others. Just imagine how quickly they could get to those kinds of audience numbers. Even more importantly, imagine the value of these massive numbers on owned platforms, rather than borrowing from social media channels.

Our new GameShow Live solution integrates into existing websites and apps, amplifying your current digital strategy, or can be launched as an additional branded platform.

The sports industry has an opportunity now to engage fans outside of game times and become a bigger part of their daily or weekly routines – whether you play to win money, branded merchandise, unique fan experiences or even just the pride of coming top. We all know how sports fans love to compete! Combining a regular time slot and an obvious opportunity to implement a FOMO marketing strategy – makes for a winning recipe.

We’re talking about a (historically) traditional industry that could be leveraging technology and innovating. In order to succeed, they’ll need to make sure they tailor the proposition to their audience, whilst also making it unique to their brand, but more importantly that they’re quick to market. Otherwise they’ll lose potential airtime to more savvy and forward-thinking competitors.