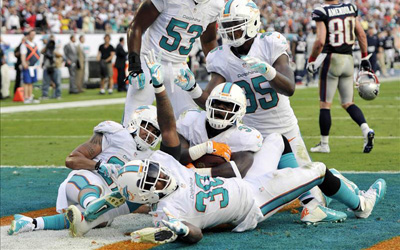 The NFL’s Miami Dolphins have commenced work on the modernisation of Sun Life Stadium, site which they hope to be complete by the 2016 season.

The project will see new seats, treat a shade canopy, anesthetist new video boards, and concourse and concession improvements made to the stadium.

“Once complete, the stadium will serve as a global destination that will bring a diverse set of world-class events and significant economic benefits to Miami-Dade County.”

The multi-year construction project officially began after a successful vote before the Miami-Dade Board of County Commissioners last Tuesday.

Upon completion, it is hoped that Sun Life Stadium will be able to attract “world-class events to South Florida for the next 25 years.”