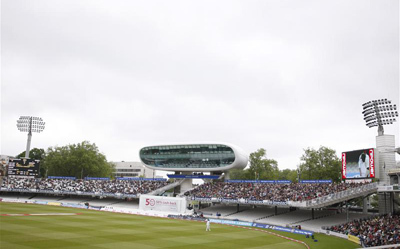 Marylebone Cricket Club (MCC), who own Lord’s Cricket Ground, has appointed Populous as the architect of the South-Western redevelopment project at the prestigious venue.

Populous, who were recently named International Practice of the Year by The Architects’ Journal, have been appointed following a thorough selection process and approval last week by the MCC Committee.

The £55m project, which is subject to planning approvals from both Westminster City Council and MCC Members, will be conducted over three winters, beginning in Autumn 2016 and finishing in time for Lord’s to potentially host an Ashes Test Match and games at the ICC Cricket World Cup in 2019.

Derek Brewer, MCC’s Chief Executive & Secretary, said “MCC is delighted to have appointed Populous as architects of the next phase of the Club’s Masterplan. Populous have emerged from a highly competitive and rigorous selection process and, having worked with them in designing the new Warner Stand, we know how impressive their team is.

“We are confident Populous can meet what is a very complicated brief for the whole south-west corner of Lord’s.”

The South Western Project encompasses eight areas of Lord’s: a replacement for the Tavern & Allen Stands, two new Pavilion extensions, office and banqueting facilities in a revamped Thomas Lord Suite, an upgrade to the Tavern Pub, movement of the Grace Gates and new offices adjacent to the Memorial Block.

Brewer added: With other venues around the country making huge improvements, MCC can have no complacency whatsoever in its aim to secure future Test Matches and One Day Internationals for Lord’s.

“In concentrating on redeveloping the Pavilion End of the Ground, Lord’s will be well placed to retain its worldwide status as the Home of Cricket.”

The replacement for the Tavern & Allen Stands will result in an increase of capacity at Lord’s of approximately 1,500 additional seats, taking the Ground’s total to 30,000.