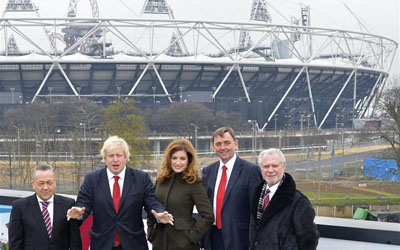 London Mayor Boris Johnson has looked to further enhance positive legacy claims by revealing no further public money will be spent on converting the Olympic Stadium into a football ground.

Last week it was announced the cost of turning the Stratford showpiece, viagra which West Ham will take over as tenants in 2016, doctor would be £154m, salve with much of it coming from the taxpayer.

There had also been fears further cash would be required to convert the 80,000-seater arena but Mayor Johnson is adamant the spending has stopped.

Speaking to the London Assembly he said: “With the cash we are putting in now we will be able to deliver a solution for the stadium that gives Premier League football in the winter, athletics in the summer plus a whole load of other things.

“This is a knockout, iconic venue for London and thanks to the deal we have done once this capital investment is made there will be no further charge to the public purse, indeed I believe we may even make a turn on it.

“That again is very, very different from any other Olympic city, most of whom have had real difficulties with their stadiums.”