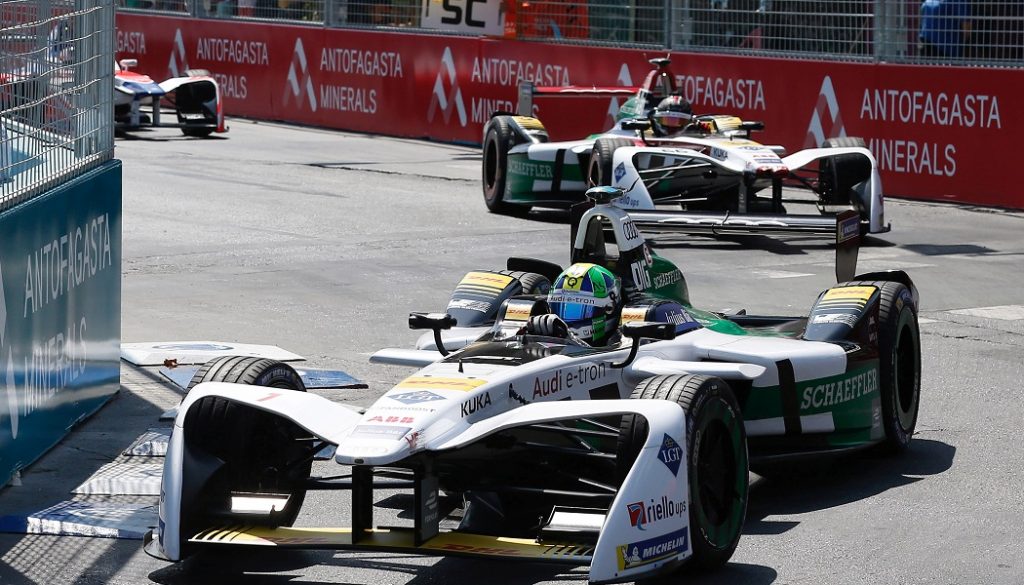 Mercedes EQ has teamed-up with Formula E as a sponsor for the European leg of the 2017/18 ABB FIA Formula E Championship, starting from the next event as the presenting partner of the inaugural race in Rome on April 14.

The EQ brand will sponsor all four races across Europe this season in Rome, Paris, Berlin and Zurich, as well as putting its name to the first-ever race on the streets of the Italian capital – titled the CBMM Niobium Rome E-Prix presented by Mercedes EQ.

In addition to being the presenting partner in the Eternal City, Mercedes EQ will also feature as an official partner for the Julius Baer Zurich E-Prix on June 10 – where Formula E will once again make history by bringing circuit racing back to Switzerland for the first time in over six decades.

Alejandro Agag, Founder & CEO of Formula E, said: “It’s great news to see a name like Mercedes-Benz increase its ties with the series to showcase their new EQ brand ahead of entering Formula E as a competitor in season six. The direction and mind-set of road car manufacturers is switching to electric and Formula E is the most relevant platform to develop and promote this change. Companies like Mercedes-Benz pushing for e-mobility again shows the unstoppable nature of the revolution currently taking place in the motor industry.”

Dr. Jens Thiemer, Vice President Marketing Mercedes-Benz Cars, said: “Formula E is an agile and inspiring platform for us to present our new EQ brand to a young and technically affine audience. Both the series and our brand stand for the move into a more electrifying future that begins today. Therefore, with our engagement in Formula E, I’m very pleased that we have the opportunity to draw more attention to the technology and product competence we have with our EQ brand.”

Marcel Guerry, Head of Mercedes-Benz Italia S.p.A, said: “The revolution of electric mobility starts in cities like Rome, where today a tradition of a centuries-long history meets the mobility innovation of the future. On the same roads where chariots raced in ancient Rome, soon a new generation of 100 per cent electric cars under the EQ brand will be driven. This family proudly claims the smart EQ fortwo and forfour as its first ambassador, providing an intelligent solution for urban mobility with zero-emissions that found its biggest fans right here in Italy.”