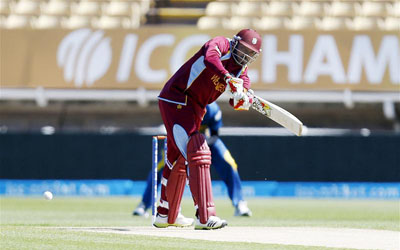 Digicel’s renewed contract on Tuesday sees the company retain its title as team sponsor which includes all the marketing and branding rights for the team.

“Cricket is synonymous with the Caribbean and as such, we are thrilled to have completed this contract agreement which sees Digicel retain its sponsorship of the West Indies cricket team,” said Digicel Group head of sponsorship, James Wynne.

“The agreement, together with our sponsorship of the Carribean Premier League (CPL) and our far-reaching youth programme, ensures Digicel’s support of the game is focused on maintaining the on-going popularity of the game in the region, for generations to come.”

The announcement of Digicel’s continued involvement at the highest level of West Indies cricket comes on the back of the company’s individual sponsorship of Jamaican all-rounder, Marlon Samuels.

Digicel has also been announced as major sponsors for the upcoming WICB partnership with CPL Ltd.

“We are thrilled to be retaining our major sponsor, Digicel, for another three years. Digicel has been unwavering in its support of cricket in the Caribbean, from grassroots right up to elite level and together, we look forward to further developing the sport right across the region in the coming years,” said WICB president Dave Cameron.