Evolution Of The Live Video Production Value Chain: Dawn Of A New Normal

Evolution Of The Live Video Production Value Chain: Dawn Of A New Normal

In the last decade alone, live video experience has made huge strides with the introduction of ultra-high definition (UHD) TV in 2012 and its subsequent progress to 8K. Apart from the proliferation of camera technology, advancements in digital video imaging have had a major role to play in the evolution of video capture resolutions. 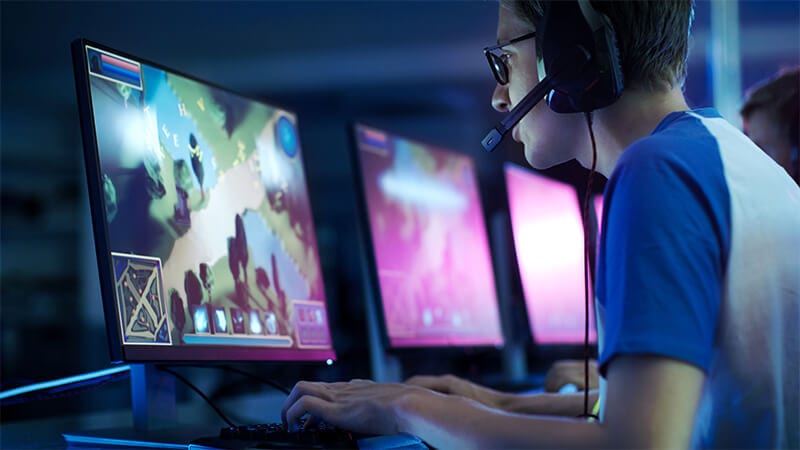 The Changing Face of the Production Industry: A New Normal

Like most other sectors, the media and production industry suffered a severe operational and economic blow with the COVID-19 outbreak. However, it is also one of the few sectors that has witnessed a sudden massive growth in consumption during the pandemic. With a captive audience of stay-at-home consumers, media usage has expectedly witnessed an immense growth rate during the pandemic.

In order to deal with this new status quo and maintain business continuity, broadcaster and production companies are transitioning towards remote production models that are less resource intensive. This trend has, in turn, fast-tracked the widespread adoption of technology that was charted for popularization in the next few years.

The shift is expected to have long-term impacts that will extend to a post-COVID-19 world. With the pandemic restricting the movement of personnel and equipment, it could prove to be the gateway towards the development of cleaner, more efficient production and delivery models of live content.

The Rise of Remote Production

One of the most promising long-term impacts of the pandemic on the media and broadcasting industry has been the widespread adoption of remote production, also referred to as at-home production or REMI (remote integration). This revolutionary concept leverages technology to decouple large parts of the outside broadcasting (OB) model and re-edit or mix feeds at a location away from the site. It has been executed before for Tier 1 sporting events, with one of the earliest examples being the 2014 FIFA World Cup held in Brazil.

The rise of remote production has been a direct result of a growing need for content owners to produce tier-1 and tier-2 content, while simultaneously improving operational margins and digital user lifetime engagement rates. Traditional live production workflows are often not capable of facilitating these goals. Their dependency on legacy OB vans and technical personnel  combined with a high set-up configuration cost makes it an expensive affair.

Transportation of equipment and production crew across location further increases the overhead expenses and logistical complexity of traditional production processes. Besides being a cost intensive approach, traditional live production also requires dedicated deployment of skilled resources at any given location. This imposes a geographical restriction on the number of events that a dedicated crew can support. These factors make traditional production workflows an inefficient option to cater to the evolving needs of modern content consumerism.

The Advantages of REMI

Reduces the cost of production

Working on a REMI workflow does not require live content providers to have dedicated on-site technical crews, skilled production resources, and large OB vans. Instead, it only requires video capture equipment and camera crew to be present at the venue. This facilitates a significant improvement in efficient utilization of onsite production equipment and centralized production studio infrastructure.

By reducing the number of resources required in a single venue, the central production crew creates the opportunity to cover more content from various venues. This was exhibited by a Swedish broadcasting company during the London 2012 Olympics. By utilizing a remote production workflow, they were able to deploy more reporters and camera crews to the venue. This resulted in producing nearly double the amount of content compared to previous Olympics.

By designating the central broadcast facility for production purposes, broadcasters can gain direct access to central archives and other in-house resources enabling production of richer content. Leveraging uncompressed or lightweight compression production methodologies, REMI can help significantly improve the quality of the final production. Moreover, access to raw, unproduced content at the central studio can facilitate the efficient production and live publishing of multi-platform content creation.

REMI’s reduced need for travel and shipping of equipment makes it more environment-friendly and reduces carbon footprint. The broadcast and media industry has been often been dubbed one of the worst when it comes to being eco-friendly. However, with remote production reducing the transport burden, the future looks sustainable. Sporting organizations, too, have expressed their commitment to reduce their carbon footprint in the near future. For instance, Formula 1 announced a sustainability plan that targets a net-zero carbon footprint by 2030. Similarly, FIFA has announced a carbon neutral 2022 World Cup tournament and the Bundesliga club Hoffenheim has committed to go carbon neutral., One of the ways FIFA plans to cut back on their carbon load is by leveraging energy-efficient equipment and offsetting emissions.

Use Cases: Remote Production in Action

The London 2012 Olympics and the Brazil 2014 FIFA World Cup are only a few instances where REMI has been successfully used. Here are a few more real-world applications of remote production in the live production value chain.

Ever since its launch in 2008, the IPL has gained prominence across the cricketing community. Today, the Twenty-20 league style tournament features 60 matches played over a span of less than 50 days. The IPL’s 2018 season marked the beginning of remote production for the international-scale tournament. The tight schedule between consecutive matches spread across the length and bread of the country can be a difficult challenge to overcome. However, using a remote production ecosystem, the broadcasters were able to seamlessly cover the tournament while significantly cutting down on costs.

The year 2018 also saw the MotoGP right holder, Dorna Sports, expand their remote production model to increase the reach of the high-octane motorsports event. Unlike cricket, the MotoGP grand prix is a much more fast-paced sport with action unravelling in the blink of an eye. Each week the track location shifts to a new country. Traditional production architecture requires the crew to dismantle and replicate the infrastructure for each race in a new location within days. By moving to a remote production framework, the sport was  able to significantly cut back on the costs. In order to maintain a seamless exhilarating viewing performance, each MotoGP race leverages  superfast connectivity to their central production hub in Barcelona.

One of the most recent prominent applications of cloud-based production is Tokyo 2020 Olympic Games. As a result, broadcast engineers will have the liberty of choosing from a range of remote broadcasting services supported by the cloud to support their activities at the venue. This allows them to bypass the cost and effort-intensive practice of building customized temporary physical remote production infrastructure that would eventually need to be dismantled. The cloud support not only provides broadcasters with the necessary infrastructure but also improves the production values and productivity for innovative OTT as well as linear production teams.

This cloud is an example of how moving video editing and distribution workflows to the cloud can help broadcasters significantly lower the costs of developing high-quality video content.

Transitioning to a REMI Production Environment

Remote production is not a new concept. But its widespread implementation is still at a nascent stage, with most content owners only opting for REMI production environment solutions for large-scale live events such as the FIFA World Cup, Formula 1, Olympics, and Bundesliga. The current trend within the live video production sector demonstrates an inclination for a hybrid model approach that operates on a mix of on-site and remote production workflows.

The efforts to make a complete shift from on-site to remote production have been progressively explored during the past few years. The two most discernible stages of transitioning from a completely on-site production to a completely remote production model are outside broadcast (OB) vans and Portable broadcasting units. While OB vans are an iconic feature of live production, it is still subject to some of the restrictions of an on-site production workflow such as the deployment of skilled production personnel to a specific location. PBUs, on the other hand, are an upgrade from the OB van architecture of remote live production. In contrast to OB vans, PBUs rely exclusively on fiber-based transmission. This eliminates the restrictions of satellite bandwidth and allows higher quality and quantity of data and AV feeds to be sent in real-time to a centralized production facility. However, fiber-based transmission also necessitates an encoding-decoding mechanism. Encoders receive feeds from the venue and compress them into a smaller, encrypted format to be sent over both satellite and high-speed fiber internet to the central production facility.

REMI is the future of live production workflows. However, there are several challenges that broadcasters need to overcome in order to deliver high-quality content to viewers. For instance, broadcasters need to ensure minimal end-to-end latency for live broadcasts. This delay could arise due to network delay, video processing and coding delay, and latencies stemming from production switches and video routers. Synchronization of audio and video feeds is a critical factor in maintaining a high quality of service (QoS).

"Leveraging the services of a technology partner like Tata Communication can help broadcasters overcome these challenges. Tata Communications has been at the helm of some of the most intensive remote live video production projects like MotoGP, WRC and the IPL."

In the last decade alone, live video experience has made huge strides with the introduction of ultra-high definition (UHD) TV in 2012 and its subsequent progress to 8K. Apart from the proliferation of camera technology, advancements in digital video imaging have had a major role to play in the evolution of video capture resolutions.