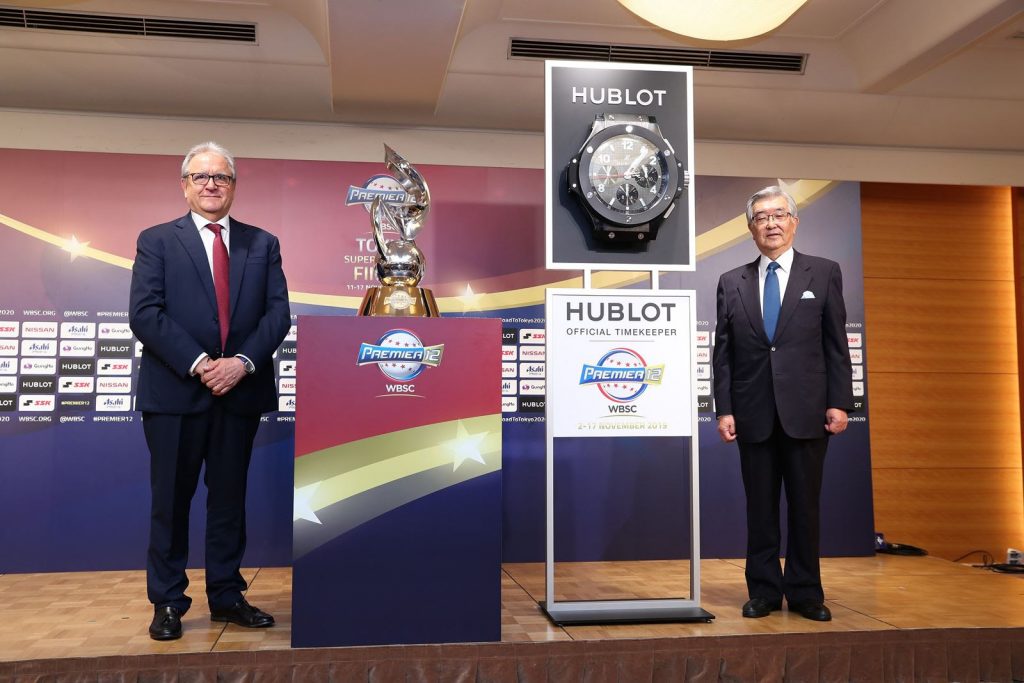 World Baseball Softball Confederation (WBSC) has named luxury Swiss watch brand Hublot as the Official Timekeeper of the 2019 WBSC Premier12, with Hublot also to award a special timepiece to the tournament’s Most Valuable Player (MVP).

As part of this partnership, Hublot will have a major stadium presence and be integrated into the on-screen graphics for the global broadcast feed of 2019 WBSC Premier12. The inaugural WBSC Premier12 generated $131 million USD in brand exposure, with a potential global broadcast reach of 253.7 million households.

WBSC President Riccardo Fraccari said: “This is a fitting partnership, bringing together an elite luxury watch brand like Hublot with our elite global baseball competition Premier12, which we expect to be one of the top international sporting events of the year in terms of brand exposure, attendance, broadcast reach and social media engagement,” said Fraccari.

Hublot CEO Ricardo Guadalupe said: “We have the great honor to partner with this prestigious international baseball competition, the 2019 WBSC Premier12, as the Official Timekeeper for the second time!  We wish all the best to the Top 12 countries. We are delighted to be a part of this precious moment that will be engraved in baseball history.”

Also, the Japanese convenience store giant Lawson was named the exclusive Official Ticketing Partner for the first phase of tickets sales for the WBSC Premier12 Super Round and Finals, which are being hosted by Nippon Professional Baseball (NPB) and played at Chiba’s ZOZO Marine Stadium and the iconic Tokyo Dome from 11-17 November.

“We must further promote the spread and promotion of baseball by showing the fun, dynamic and powerful play of baseball through the WBSC Premier12, where the 12 most powerful countries will compete,” said NPB Commissioner Atsushi Saito, “and it’s a great honor that here in Japan, the global champion will be crowned.”

“The six best nations in baseball will advance to play here in Japan, so we anticipate unprecedented levels of ticket demand and global viewership for these important games, which will qualify one team — and potentially two — to the Tokyo 2020 Games, where baseball and softball will make their historic Olympic return,” said Fraccari.