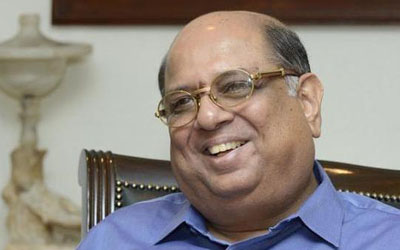 World Squash Federation president Narayana Ramachandran is set to become the new president of the Indian Olympic Association as he is the only candidate running for the position.

Ramachandran’s nomination was announced by the IOA on its website Sunday ahead of the February 9 elections, after which India is likely to have its suspension revoked.

Hockey India vice-president Rajiv Mehta and All India Tennis Association president Anil Khanna are likely to be the new secretary-general and treasurer as they too are standing unopposed.

India was suspended by the International Olympic Committee in December 2012 for not holding elections according to its own constitution and for electing tainted officials.

Ramachandran is the younger brother of Narainswamy Srinivasan, who is the president of the Board of Control for Cricket in India.

Ramachandran has been the treasurer of the IOA from 2008 to 2012 and is said to be backed by controversial officials Abhay Chautala and Lalit Bhanot.

Chautala was elected president and Bhanot secretary-general during IOA elections in December 2012 which were not recognised by the IOC.

Both of them were ineligible to stand this time according to the latest IOA rules put in place under the supervision of the IOC.

“All the candidates will be elected unanimously. Mr. N. Ramachandran will be the next IOA president, ” Bhanot said.