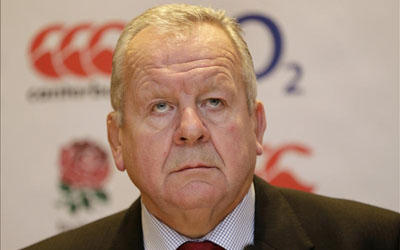 Bill Beaumont and Agustín Pichot have been elected World Rugby Chairman and Vice-Chairman, respectively, on an historic day for the international federation in Dublin.

The pair, who stood unopposed, were unanimously voted in by members of World Rugby’s Council in accordance with the bye-laws at its annual meeting. Both World Rugby Hall of Fame inductees, the pair will succeed Chairman Bernard Lapasset and Vice-Chairman Oregan Hoskins, who previously announced they would not seek re-election.

The election comes on an historic day that ushered in the implementation of expanded union representation on Council and the appointment of two independent directors to the federation’s Executive Committee.

RFU and Six Nations Rugby chairman Beaumont, has also been central to World Rugby’s decision-making bodies for more than a decade, served as vice-chairman from 2007 to 2012, and has been a key figure on the World Rugby Council, Executive Committee, Rugby World Cup Board and Rugby Committee bodies. As RFU chairman, Beaumont presided over the delivery of what will be remembered as the biggest and best Rugby World Cup to date.

Beaumont said: “I am honoured to accept the mandate of Council to serve as World Rugby chairman at what is an exciting and pivotal time for the sport. Rugby has experienced significant and rapid growth, which is a credit to Bernard Lapasset and his leadership over the past eight years.

“The sport is in excellent health and over the next four years there will be many great opportunities to further develop and grow the game. However, we cannot be complacent. Rugby, like all sports, faces challenges and my manifesto outlines the five priorities focused on addressing these. These priorities are continuing to protect players, preserving integrity, enhancing global competition, optimising partnerships and empowering and strengthening unions.

“I will nurture the roots of rugby, our fundamental values and financial security and will make rugby decisions for rugby reasons. As World Rugby Chairman, I will work with unions over the next four years to deliver healthy, sustainable growth for the game we all love.”