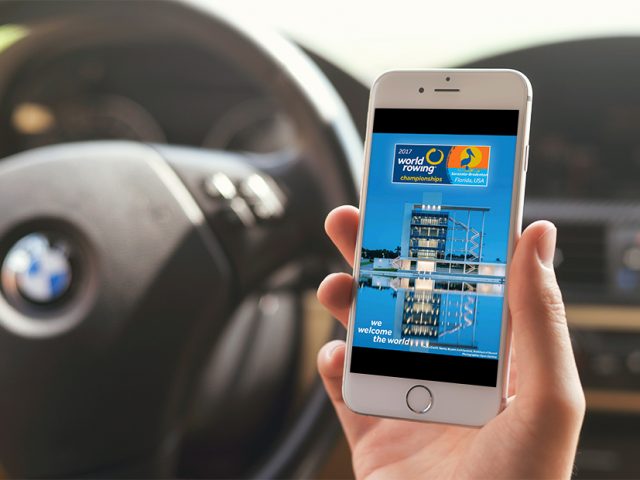 To keep thousands of spectators informed about everything happening at the 2017 World Rowing Championships, the event’s local organizing committee has launched a mobile app, powered by Yapp.

“This mobile app is a one stop shop for everything related to the event,” said Meredith Scerba, the executive director of the 2017 World Rowing Championships.

“The app gives us the ability to communicate directly with spectators from around the world.”

The app will give users the ability to view:

In addition, users will be able to upload their own photos into a social feed.

From September 23-October 1, 2017, the World Rowing Championships, an international rowing regatta organized by FISA (the International Rowing Federation), will be held at Nathan Benderson Park in Sarasota-Bradenton, Florida, the only Grade A course in the United States.

In the 48 years of the event’s existence, the United States has hosted only one other World Championships, in 1994 in Indianapolis, Indiana.

This week-long event is held at the end of the northern hemisphere summer. In non-Olympic years, it is the highlight of the international rowing calendar. Rowing takes place in 21 different boat classes for both men and women.

Our goal is to attract athletes, family, friends and fans from around the United States and the world, to attend this world-class event, and grow the following of rowing in the US.