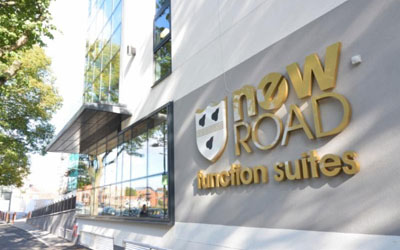 In that year the club saw the Australian touring team in July and the opening of the Club’s new “View” conference and banqueting facilities in mid-September.

Chief Executive David Leatherdale commented “We are delighted to show a surplus for the 4th consecutive year despite considerable disruption during the construction of the now completed “View” development scheme.

“5 winter floods and the coldest March for many years severely affected the early construction phase resulting in a 3 month delay and a shortfall against budgeted revenue of in excess of £500,000. This was particularly noticeable across the catering and commercial areas due to the expected new facilities and seating being unavailable for our key 4 day Australia tourist match in July and the whole of the home T20 campaign.

“However, The launch of our new membership packages for the 2014 season in September 2013 saw the new elite “View” membership facility sell out in less than 4 weeks and with the recent opening of the adjoining 120 bedroom Premier Inn hotel expecting in excess of 35,000 visitors per year, it is fair to say we now have facilities to admire which will be of real benefit to members, spectators and the City alike.

“This can only help the Club achieve our aim of being a truly 365 day a year business generating new and sustainable cricket and non-cricket revenue which can be re-invested back in the team and the club over the years to come.”