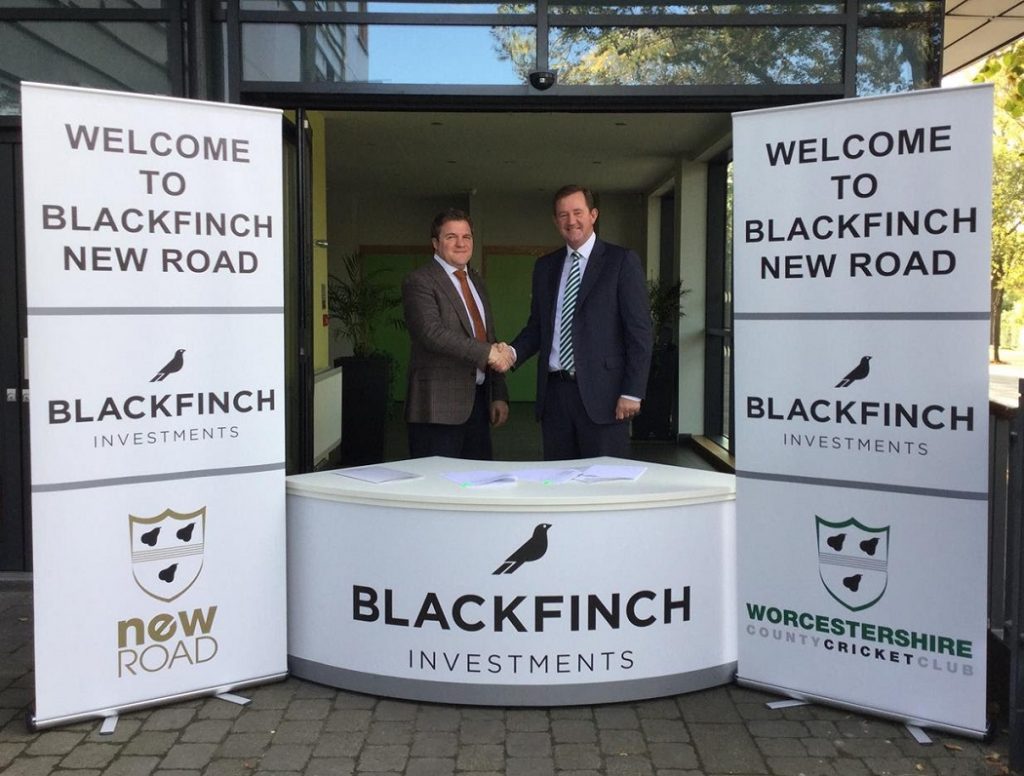 The agreement – which will see the county ground renamed ‘Blackfinch New Road’ – is set to net the club an annual figure in excess of six figures.

Worcestershire’s Chief Executive, Tom Scott, said: “This is a historic moment for the club, it is the first time in New Road’s history that it will share its name with a commercial partner.

“A huge amount of thanks and credit must go to Richard Cook and his team at Blackfinch, without their commitment and vision this would not have been possible.

“This deal is another step towards securing the Club’s long term financial security and reflects the amount of hard work during the past couple of years by everyone at the club, but in particular the Commercial Team who continue to attract large organisations who commit for long periods of time because of a shared vision both on and off the pitch.”

Blackfinch’s Chief Executive, Richard Cook, added: “I am immensely proud of this new deal and it is a significant moment for Blackfinch to become the main commercial partner of Worcestershire County Cricket Club; an institution with so much history and tradition, as well as so much optimism for the future.

“The current direction of cricket means that the club must be innovative to ensure that they can compete at the highest level on the pitch, and to create more success and historic moments for future generations to remember.

“This aligns with Blackfinch who are a company that relies on a wealth of experience and history, yet remains agile and dynamic in order to remain competitive. For this reason, I think there is a strong synergy inherent within this partnership.”