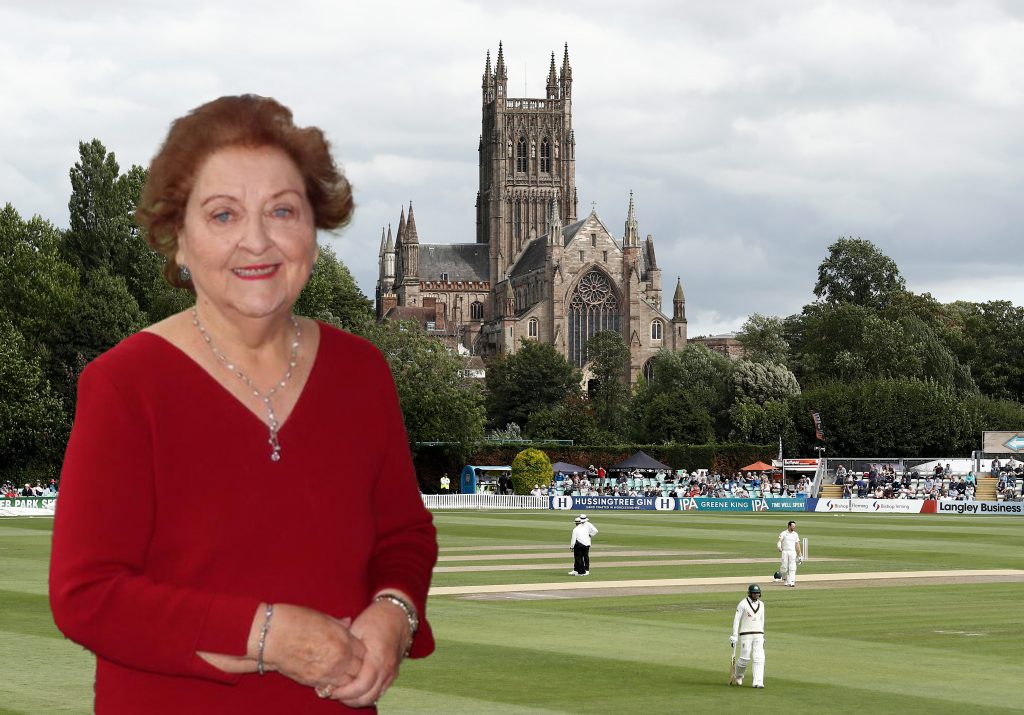 Cynthia will succeed the late Cecil Duckworth CBE in this prestigious role for a two-year term, subject to the approval of members.

Cynthia will become the Club’s 40th President since Lord GW Lyttelton held the inaugural position from 1865, and also the Club’s first female President.

Cynthia has been a Worcestershire supporter since she moved to the city from her Powys home in the 1960s.

For 35 years she was Personal Assistant to former Prime Minister, Baroness Margaret Thatcher, including her eleven and a half years at Downing Street, up to her death in 2013.

She has been President of the Worcestershire Supporters’ Association for the past eight years after accepting an invitation from the then Chairman, Ken Mills MBE.

Worcestershire CCC Chairman, Fanos Hira, said: “I’m delighted to report that the board unanimously approved the recommendation to members of Cynthia Crawford as our new President to take over from the late Cecil Duckworth.

“I am particularly pleased that someone so capable, who has such a strong association with our Club and who has provided such great support to Worcestershire CCC, will be our new President. I am, on behalf of the whole Club, very pleased.”

Mrs Crafword is looking forward to her new post at New Road and the opportunities that lie ahead.

She said: “I was very honoured and proud to serve as President of the Supporters’ Association and I have the same feelings about being asked to become Worcestershire CCC President.

“It is a post I am delighted to accept at a club and wonderful ground which means so much to me and can never be replaced in my heart.

“It has provided so many happy memories since I was first taken to New Road as a young girl with some friends of my parents who were from Claines.

“We thoroughly enjoyed every minute, and I could not wait to go back the next day.

“All in all, I’ve enjoyed every minute of being at New Road, like winning back to back County Championship titles. I hope to see more exciting days ahead and will carry out my duties as President to the best of my ability and for the good of Worcestershire.”