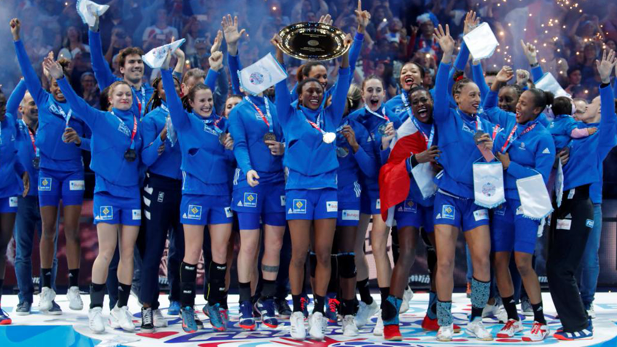 The French team’s victory in the final of the European Women’s Handball Championship last month generated a big audience on TF1 In France, with more male viewers than female.

France’s victory over Russia pulled 5.4 million viewers (3 million male) with a 29.4% market share. The overall audience for the European final was 25% bigger than for the final of the 2017 Women’s Handball World Cup, also won by the French.

Not only do men watch women’s handball, women show equal interest in men’s and women’s, according to figures from Eurodata TV Worldwide.

The proportion of female viewers was 43.9% for the European final. That figure closely matches the 43.2% female balance for the final of the 2017 Men’s World Championship, also won by France.

The other semi-final between Russia and Romania actually drew a bigger audience in the smaller country. In Romania, there were 843,000 viewers (11% share), while 474,000 Russians tuned in (2% share).

As usual, the 2018 women’s tournament was a big attraction in Scandinavia. Cumulative viewing reached 9.3 million hours on TV 1 and Viasat 4 in Norway for a market share of 21.4%.