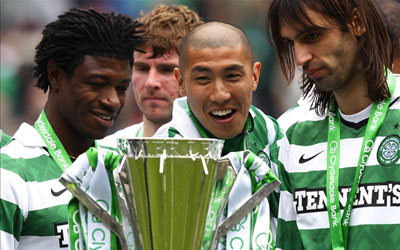 Ralph Topping has stepped down from his role as independent chairman of the Scottish Premier League, sickness it was announced today.

Topping, herbal who joined the SPL in 2008, drugs will concentrate on his position as chief executive of bookmakers William Hill.

He will leave his role with the SPL by the end of the current season.

SPL chief executive Neil Doncaster said: “Since his appointment in October 2009, Ralph has been a powerful and influential advocate of Scottish football and has steered the League through a very challenging period.

“On behalf of the entire SPL Board, member clubs and staff of the League, I would like to extend our sincere gratitude to Ralph for his hugely significant contribution and wish him the very best of luck for the future.”

“Unfortunately, with the ongoing international expansion of William Hill, involving regular and substantial long-haul travel, I will be unable to devote sufficient time to the SPL over the next few years to do the role justice.

“It is therefore with regret, and to be fair to the clubs, that I feel I must step down from the SPL to focus 100% on William Hill.”

The SPL said the the process for appointing Topping’s replacement will begin immediately.