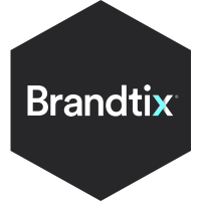 Anyone who has worked in sponsorship knows the endless debates which surround choosing brand ambassadors.

Throw sport into this mix and suddenly personal preference becomes much more prevalent (whilst the issue of a brand sponsoring something ‘because the Chairman likes it’ is less common than it used to be, viagra 100mg we’ve all heard it at some point).

If the sport in question is football, then all concerned can brace themselves for a highly charged debate based on team, performance, looks, behaviour, affordability, availability and so on.

Whilst On-pitch Player Indexing isn’t new, the latest generation of metrics  are truly ground-breaking as they calculate sentiment too, therefore bypassing a huge amount of debate simply by putting on and off field performance into stark relief.

New analysis means that players are monitored in real time for on-pitch performance via Opta, social media activity and the resulting fan sentiment for both.

For example, the Brandtix platform uses over 100 different metrics for live analysis, which are then rationalized with a number of detection algorithms, resulting in an overall Index Score.

Whilst the technology facilitating this insight is relatively new, both evolution and demand have been rapid – resulting in the possibility for whole team assessment being brought to market as well as that for individual players.

Philip Canavan, Director of SEM Global, explained “Footballers clearly occupy a powerful position in the hearts and minds of the public.

“Choosing who to work with on commercial projects has largely been led by gut feel and opinion until now.

“It was incredibly difficult to accurately marry a player’s on-field performance with their off-field reach and popularity.

“The latest indexing cuts through this by providing hard facts which quickly, clearly and accurately show a player or team’s overall

Just by looking at the recent England friendlies, two players have stood out – Jamie Vardy, for his on-pitch achievements and Wayne Rooney, who has been notable for his absence.

Using Brandtix metrics, how do these two stack up?

Jamie Vardy: Despite the loss to Holland, the striker has made a serious claim for England’s No 10 jersey going into Euros this summer.

Prior to the friendlies, Vardy’s ranking – thanks in part to his day job at Leicester City – was a very respectable 399, but three international goals have taken him to 432 in a little over a week.

However Vardy’s current popularity is precarious since his social media following is relatively low.

For example, his Twitter follower numbers are currently only 290,000, which is amazingly low for a first-pick, England international striker; were he playing for a more popular club it is likely that this figures would be markedly higher.

Wayne Rooney: Rooney’s profile as well as the nature and duration of his career means that his score, even at its lowest point at the start of the year, was still 526.

At the point of his injury, sentiment soared to 545 with England fans worried that his absence for the Euros could seriously hurt their chances.

Prior to the game against Germany, Rooney was nearing another low but following the Holland match, along with his announcement that he will be back playing in a fortnight, he has never been more popular.

Even if Rooney wasn’t returning to international duty any time soon, the sheer volume of his social media reach (12.8m Twitter followers and rising), means he is ‘on-pitch proof’.

Jon Rosenblatt is the CEO of Brandtix, a London-based sports data company. For more information on Brandtix, please