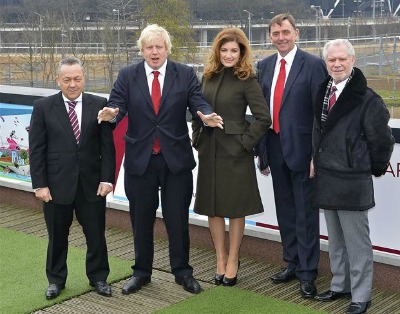 Details of West Ham’s deal to move into the Olympic Stadium have been made public after the London Legacy Development Committee decided no to appeal a decision by the London Assembly.

West Ham will pay £2.5 million per season – totalling 25 games with an increase should any more fixtures take place.

The deal also revealed the first £4m of any naming rights for the stadium would go to LLDC, with any figure above that split evenly between LLDC and West Ham.

The club released a statement on their website shortly after the 207-page document was released.

They said: “This publication does not affect West Ham United or our move to the former Olympic Stadium in any way.”

“From our perspective, we welcome the publication of the concession agreement as it proves that, as we have always maintained, the Club has nothing to hide.”

“Importantly, people can now see that the full revenue streams from which the stadium’s owners will benefit go well beyond the widely-reported payments we have committed to make to the transformation costs and our annual usage fee for using the stadium 25 days a year.”

“Those revenue streams include the contribution of the lion’s share of the income deriving from the stadium’s naming rights, catering, stadium tours, all non-matchday income and further substantial revenue if – as is our primary focus –the Club continues to enjoy success on the pitch. We firmly believe it is a great deal for both West Ham United and also the taxpayer.”