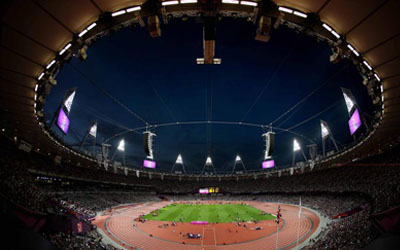 West Ham United have been announced as the ‘Highest-Ranked Bidder’ to move into the Olympic Stadium.

The London Legacy Development Corporation (LLDC) ranked the Premier League club’s bid as the number one choice after a meeting on Wednesday.

Other bids had been made by League One side Leyton Orient, UCFB College of Football Business and a consortium linked to Formula 1.

The LLDC said the agreement with West Ham depended on the resolution on a number of issues including: the final specification for adaptations to the stadium and associated funding; securing planning permission; obtaining appropriate national governing body approvals; and the finalisation of commercial terms, including a mechanism to protect the taxpayers’ investment in the stadium were the value of the club to increase significantly through a change in location.

If a football use can be agreed the stadium would be reconfigured to provide a retractable/moveable seating solution so there could be a quick change over between athletics and football use.

London Mayor Boris Johnson said: “I hope the detailed negotiations with West Ham can succeed, but I am determined that any deal should protect the interests of taxpayers who have paid for the stadium and would have to pay more for adaptations to make it suitable for football.”

LLDC chief executive, Dennis Hone said: “Today’s decision on the stadium represents an important milestone towards reopening the Olympic Stadium. If we are to have a football tenant, West Ham and othe parties will need to meet the conditions that the Board has set out today. If a deal is not possible then we will bring the stadium back into use as soon as possible.  In any event we are exploring options to hold events in summer 2013.

West Ham said in a statement: “We commend the LLDC and its Chair, Boris Johnson, for their vision in appointing West Ham as Highest-Ranked Bidder. In doing so, London is well on the way to being able to showcase yet another major destination and visitor attraction in the Olympic Park, further strengthening the capital’s place on the global map.”

West Ham Vice-Chairman Karren Brady added: “For the last three years it has been my firm, unwavering belief that the Stadium can truly become a multi-use destination of which east London and the nation as a whole can be proud. I have never lost sight of our vision to play our part, along with the Stadium’s major stakeholders, in ensuring it grows into a global asset. It is the ‘jewel in the crown’ of the Park, watched by the world.”

“Our vision for the Stadium has always been about standing up for the promises made for London back in Singapore in 2005. We are committed to delivering our promises as set out in our bid. The hard work really does start here and work is already well underway to ensure that we really bring our community, which includes 500,000 supporters in east London and Essex alone, with us.”

“We are already working with key strategic partners to ensure that unemployed east Londoners in key target groups will have access to sustainable employment in the Olympic Park via the 700-plus job opportunities that West Ham’s tenancy will create. We guarantee millions of visitors and customers, which will galvanise the Park and act as the catalyst to spark a thriving economy in this part of east London.”

West Ham United’s Joint-Chairmen David Sullivan and David Gold issued a joint statement, saying: “We are ambitious for our great club and aim to set the benchmark for visiting away and neutral football supporters from across the globe to come and enjoy the iconic Stadium and be part of our Premier League club experience.”

The Legacy Corporation will now seek a stadium operator to manage the venue, coordinate community and sporting use.