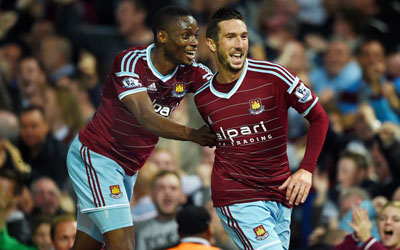 Mondogoal is the only daily fantasy soccer site available for cash play in the United Kingdom, United States and Canada, and offers free play worldwide.

“We are excited to add one of England’s most historic teams, West Ham United, to our roster of clubs in partnership with Mondogoal,” says Mondogoal CEO & Founder, Shergul Arshad.  “West Ham has embraced the true Mondogoal experience and is excited to take this to its passionate fans in ways that we think will be creative and ground breaking.”

Felicity Croft, Head of Commercial for West Ham United F.C., states: “Gaming has been an extremely popular category for West Ham fans and we believe this innovative platform that combines the fun of fantasy football with a daily format for free or cash play will catch on with our fans.  We also believe that with the upcoming move to the Olympic Stadium, Mondogoal will be a perfect partner to be showcased at the Boleyn Ground and our future new home.”