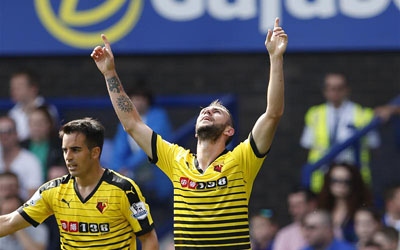 Watford Football Club is delighted to announce that it has reached an agreement with Divisa Capital to be the club’s new Official Foreign Exchange Partner. Commencing immediately, ask the deal will run for the next three seasons.

Under the terms of the agreement, Divisa Capital will play a critical role in helping the club access and utilise market leading FX rates as the club’s exclusive foreign exchange partner. Divisa Capital will benefit from Watford’s hospitality and advertising opportunities as well as a suite of rights that include access to the Club’s IP and integration across the Club’s communication channels.

This agreement, finalised with the assistance of leading sports agency SportQuake, reflects the growing appeal of the Club as it continues to go from strength to strength on and off the field. Partnering with Divisa Capital, a global brand, with offices in the UK, US, New Zealand and the Republic of Armenia, demonstrates the progress the Club has made over the past few seasons and shows the growing appeal of Watford and the Premier League.

Spencer Field, Commercial Director of Watford Football Club, said: “As we continue to move forward as a club, it is important that we can work with brands to deliver business results on a global basis. We are delighted that Divisa Capital, as an ambitious International company, has recognised the potential of the Club and we look forward to working with them over the next three years.”