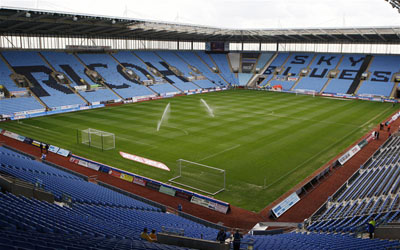 English rugby union club Wasps has announced it has completed the acquisition of a 100% shareholding of Arena Coventry Limited, hospital the company that owns the Ricoh Arena, cough having acquired a 50% shareholding from the Alan Edward Higgs Charity.

The Club had previously bought a 50% shareholding in Arena Coventry Limited from Coventry City Council in October 2014.

Wasps today also announced that the Club will rename the ‘North Stand’ of the Ricoh Arena ‘The Higgs Charity Stand’.

Nick Eastwood, ambulance Wasps Chief Executive, said: “We are delighted to confirm our acquisition of the remaining 50% shareholding in the Ricoh Arena.

“Since the news was first announced of our move, we have been overwhelmed by the warm welcome we have received from the local community.

“We are looking forward to embedding ourselves in the region and helping promote rugby – something we have already committed to by making over 12,000 free tickets available to Coventry schools and rugby clubs.

“The Alan Edward Higgs Charity is a hugely important charity for Coventry and Warwickshire and it was important for Wasps to continue to support their work in the local community and preserve their legacy at the Ricoh Arena.

“We are delighted to rename the ‘North Stand’ as ‘The Higgs Charity Stand’ and donate 50p to the Charity for every Wasps match ticket sold in that stand.

“We recognise that this announcement might raise concerns amongst the fans of Coventry City Football Club.  Wasps remain committed to building a long term and mutually productive relationship with the club and its supporters.

“Everyone at Wasps is very much looking forward to playing our first game at the Ricoh Arena on 21st December against London Irish.”

Peter Knatchbull-Hugessen, Clerk to the Trustees for The Alan Edward Higgs Charity, said: “The Trustees are pleased that the Arena project is in good hands and that the business will continue to grow and diversify to promote further regeneration in Coventry which will provide more jobs and boost prosperity in the City.

“The Charity appreciates the contribution to its work as part of Wasps real and tangible commitment to the community.”