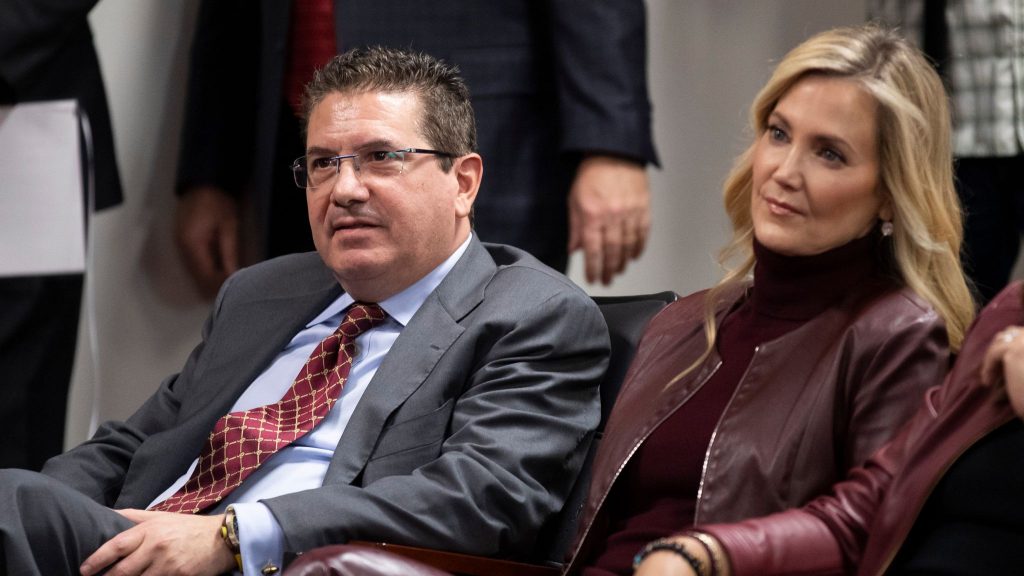 Tanya Snyder has been named co-CEO of the Washington Football Team.

“Tanya is one of the most important figures in this organization, and that has only become more true over the last 18 months as her involvement has deepened,” co-CEO Dan Snyder said in a statement.

“Publicly, many know Tanya for her incredible and impactful work in breast cancer awareness and her leadership of our charitable foundation. But behind the scenes, she has had a profound impact on the direction of the Washington Football Team. She was instrumental in our decision to evolve the brand and modernize our fan experience — including the entertainment team.”

Mrs. Snyder has headed Washington’s philanthropic efforts since the Snyders purchased the team in 1999. That includes the Washington Football Charitable Foundation, which provides support and services to more than 178,000 individuals (primarily children) annually. She also founded the “Women of Washington” (WOW) fan club, which consists of about 135,000 women and works extensively with the foundation. A breast cancer survivor, Snyder helped introduce the “Think Pink” campaign to the NFL 22 years ago.

Her appointment continues Washington’s recent push toward a more diverse leadership team. Ron Rivera is one of five minority head coaches in the NFL, while Jason Wright became the league’s first Black team president in August.

“This team is our family’s legacy,” Tanya Snyder said in a statement. “We are at a pivotal point in the history of this team as we work to become the gold standard of NFL franchises. The co-CEO titles reflect our approach to that effort. It is a natural progression, but it’s important to formally recognize the diversity of opinion and perspective that informs everything we do. In my new role, I’ll be positioned to ensure the core values that are central to our philanthropy permeate the entire organization and bring us closer to realizing our goals.”