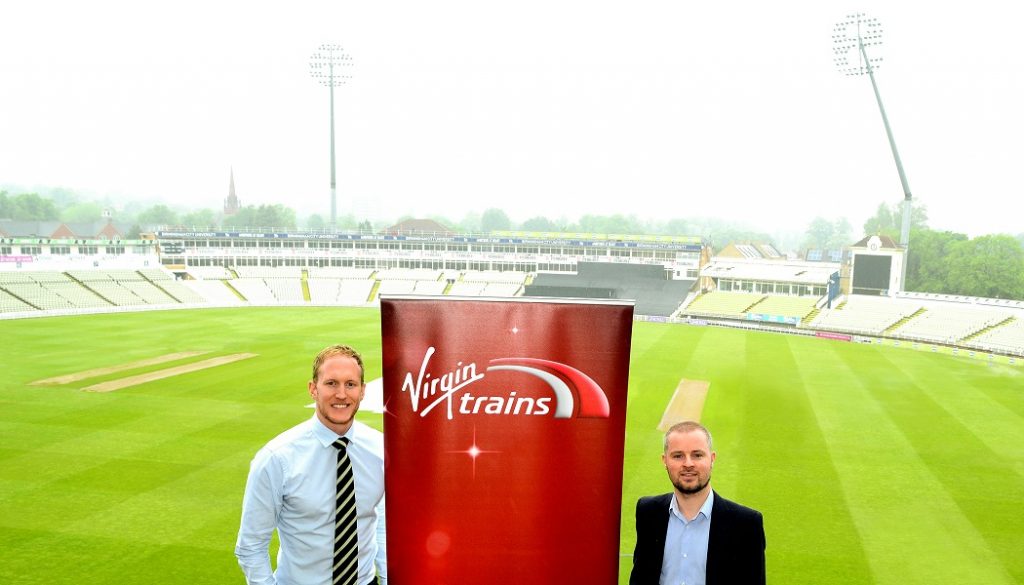 Cricket fans travelling to Edgbaston Stadium this season are to be given a helping hand by Virgin Trains.

The operator will provide discounted fares for all Warwickshire cricket club members, plus supporters from rival sides, travelling to Birmingham New Street station.

The partnership between the English County Championship Division Two leaders and Virgin Trains is initially for one year.

Alex Perkins, Head of Commercial at Warwickshire, said of the agreement: “We’re thrilled to establish this new partnership with Virgin Trains ahead of such a big summer of cricket at Edgbaston, which includes England’s Vitality International T20 against Australia, Test match against India, and Vitality Blast Finals Day.

“Edgbaston is located just two miles from Birmingham New Street and, with our return shuttle bus service operating to and from the station on international and T20 match days, there’s an opportunity for a large number of our Members and supporters to benefit.

Daniel Crehan, Commercial Partnerships Manager for Virgin Trains, added: “Nothing beats a day’s cricket at Edgbaston, one of the country’s most atmospheric sporting venues. With so many big games coming up, we are delighted to be working with Warwickshire CCC, and look forward to welcoming fans onboard who, in addition to the discount, can take advantage of our fast and frequent services to and from Birmingham New Street.”

Warwickshire beat Nottinghamshire in the Royal London One-Day Cup on Sunday by 108 runs.