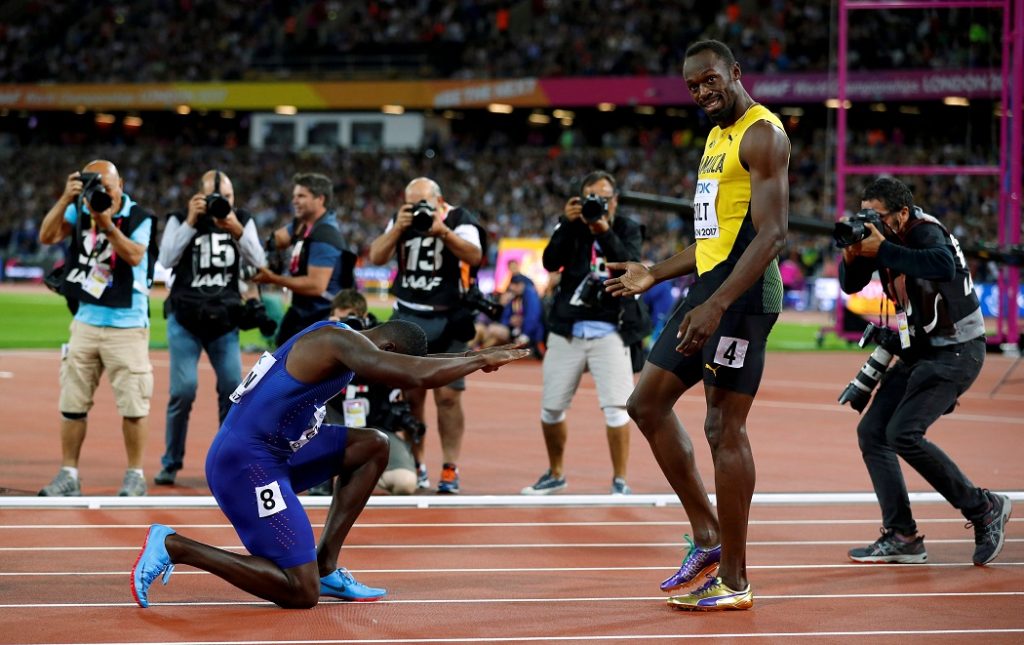 On the eve of the release of the new Star Wars movie ‘The Last Jedi,’ the IOC has launched its own pre-emptive last strike option against Russia’s evil doping empire – a state sanctioned enterprise built on the secret distribution and concealment of performance enhancing drugs and tests by Russian government sports storm troopers, led by former Sports Minister Mutko, the Darth Vader of doping.

The ban on the Russian Olympic Committee is historic and unprecedented in more than 120 years of the modern Olympic Movement, and highlights the power of the IOC’s supreme decision-making body as the United Nations of Olympic Sport.

While a similar resolution banning Russia from Olympic Games competition may have failed to get through the General Assembly of the United Nations, the IOC executive ban is a stark warning to other nations and governments that they could also face the ultimate sporting sanction and humiliation of Olympic Games disqualification if they cross to the dark side of doping.

The ban on Russia is a powerful reminder of the IOC’s traditional role as guardian of Olympic athletes and sports.

It is also part of a wider strategy to make the Olympic Games great again in the current era of rapid and high risk geopolitical and community change, which is impacting on the number of cities willing to stage the Olympics in the present climate of low economic growth, terrorism, population growth, stretched city services, escalating infrastructure costs, and budgetary pressures.

While many international observers viewed North Korea’s escalating nuclear missile programme as the greatest potential risk to the upcoming Winter Olympic Games in nearby South Korea, Russia’s doping time-bomb was also ticking away ever more loudly in the background, posing a dual threat to the world’s athletes at the Pyeongchang Games.

In the end, it was the IOC, and not any of the former USSR’s Cold War foes in the UN Security Council that took the nuclear option and pushed the Olympic ejector seat button on Russia.

The Russia ban is also a bold attempt by the IOC to bring a greater sense of law and order to the Olympic universe, which has been severely weakened by the current doping wars.

The Russia Games ban follows in the footsteps of an earlier landmark stand taken by the IAAF Council led by President Seb Coe, which prevented Russian track and field athletes linked to doping activity from competing at the Rio Olympic Games, changing national and international perspectives and thinking on doping forever.

The IAAF’s ban, supported by WADA and initially controversial in Olympic circles, paved the way for the IOC’s stand on doping in Russia, which highlights the hard line on doping in the senior leadership group of the IOC – former IOC Vice-President John Coates having previously described Russia’s anti-doping system as “rotten to the core”, while President Thomas Bach described the IAAF ban as “courageous” on the eve of the recent world athletic championships in London.

While the ban comes too late for athletes in Rio, Sochi, London, and earlier Games, it sets a new red flag flashpoint for non-compliant Olympic nations, and provides a much-needed new narrative and context for future Games and for the wider fight against drugs and corruption in sport.

The Russia ban is also driven by corporate and community concerns, and will be widely supported by sponsors and fans, sport’s essential lifelines.

Importantly, the ban is also a response to growing disenchantment amongst clean athletes at having to compete against rivals with doping convictions, which resulted in athlete protests at events and venues at the Rio Olympic Games.

Similar protests by sports fans demanding a more aggressive and less tolerant stand against athletes who dope have also become more visible and vocal – as manifested by the stadium crowds who jeered the American sprinter and convicted doping athlete, Justin Gatlin following his 100 metres victory over Usain Bolt at the IAAF World Athletics Championships in London earlier this year.

Audiences and officials have also expressed concern at the high profile Russian tennis champion Maria Sharipova on her return to the courts after a doping suspension.

The growing public and corporate backlash against doping has also seen sporting events become less prominent on lists of priorities for capital cities.

The global mood against doping is also part of wider concerns about corruption, costs and credibility of mega sport events that are deterring cities from bidding for the Olympic Games.

The ban signals a significant shift in IOC policy and direction on doping away from diplomacy towards a more isolationist position to contain and deter doping activity and better protect clean athletes.

While powerful domestic sporting codes and governing bodies around the world (from Major League Baseball in America to the Australian Football League), have struggled at different times to reach agreement on doping penalties and detection methods, leading to conflicting stakeholder positions, the capacity of the IOC to find a pathway with enough political common ground to overcome the myriad of complex legal and geopolitical issues involved in banning a leading Olympic nation like Russia from the highest level of international competition is testament to the IOC’s governance and decision making structures and frameworks.

The ban gives IOC with a new stamp of authority and leadership following recent difficulties in key areas of Olympic Games business and administration.

The ban means winter sports activity for most Russian Olympic athletes will be largely confined to the “snow-peaked mountains” referred to in The Beatles political pop hit ‘Back in the USSR’ – a time, place and system where Russia’s modern day doping culture began to flourish in a political climate devoid of the glasnost spirit of openness envisaged by former Soviet leader and visionary Mikhail Gorbachev, a strong supporter of the Olympic Movement, who pleaded with the IOC not to ban Russia from last year’s Rio Summer Games following initial allegations of widespread doping in Russian sport.

Ironically, Gorbachev’s calls for greater transparency of government activity, if implemented, may have saved his beloved Russia from this embarrassing Games ban.

While Russia has dominated the international political agenda in recent years through alliances and interventions in Syria, the Middle East, Eastern Europe, China, and possibly the US elections, the IOC ban is a major blow to Russia’s global image as a sporting and political superpower.

Although host nation, Russia is not expected to win the FIFA Football World Cup next year and was looking instead to gold medal performances from its athletes at the Pyeongchang Winter Olympic Games to reinforce its position as a global force in sport, which forms a key strand of its domestic and foreign policy image and operations.

While the IOC executive fired the bullet that banned Russia in what was essentially an act of self-defence aimed at protecting the Olympic brand, the gun was locked, loaded and armed with evidence carefully compiled by some of the world’s most experienced sports administrators and anti-doping warriors, including WADA Presidents Sir Craig Reedie, and Dick Pound, Professor Richard McLaren, IOC Commissioner Dennis Oswald and others.

There can be no doubt that decisive action was urgently required to protect clean Olympic athletes from Russia’s elaborate doping system – a system so corrupt and ruthless that its inspiration could have come from the Lance Armstrong dark arts school of doping, reminding the world that Russian athletes are not alone in the pursuit of sporting glory at almost any price, although never before has doping been planned on such an industrial scale with such high levels of government support as in Russia.

The case against Russia also includes claims of death threats against whistle blowers who have gone into hiding following the suspicious deaths of several Russian government critics in recent years.

This has prompted the introduction of new identity protection systems to safeguard informants, and while officials investigating corruption in international sport may have not yet taken to wearing bullet proof vests, reprisals may follow, including another spate of attacks by pro-Russian computer hackers to gain access to confidential information about elite athletes to embarrass the countries they represent.

Ultimately however, change, compliance, containment and confidence in Russia can only occur if the culture of doping denial is addressed from the very top.

The ban takes the Olympic Movement and world sport into new and unchartered territory in the search for a solution to doping, although, as the ‘Last Jedi’ ominously warns, this may not end in the way we want it to.

The Russia ban of itself will not end the doping wars, but may help to diminish the doping threat at future Olympic Games in Tokyo, Beijing, Paris and Los Angeles, and provides renewed hope that the scales of justice in the Olympic galaxy may be starting to tip back in favour of clean athletes.