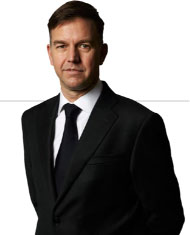 The Kentaro Group has appointed Walter Böhm as Global Head of Media Distribution.

The experienced and popular industry professional is the latest addition to Kentaro’s reshuffled senior management team after the recent recapitalisation.

The 48 year old will take over responsibilities from Lasse Eckartsberg, who will leave Kentaro at the end of this month.

As the first German graduate of the MBA in Football Industries course at the University of Liverpool he entered the sports industry in 1999. Since then Böhm has secured broadcasting rights agreements with the majority of national public and commercial broadcasters around the world for premium football, rugby and boxing content including UEFA EURO 2008, FIFA World Cup and UEFA EURO qualifiers, international Club and FA friendlies, Rugby Six Nations and Klitschko title bouts.

As the former Managing Director of SPORTFIVE UK, Böhm initiated the acquisition and integration of the marketing arm of Formation Group plc. and during his reign as Vice President Media Rights for SPORTFIVE International, he led a team of eightRegional Managers and supervised a multimillion annual sales volume across The Americas, Western Europe and Africa, as well as global news access rights sales.

Böhm commented: “I am excited to join a well-respected, mature and entrepreneurial management team helping to drive growth not only in the media rights sector but across all areas of the sporting and football areas. I am very much looking forward to bringing my expertise into the company and to be part of the next stage of Kentaro’s growth strategy and to further strengthen their market position in the football business.”

Philipp Grothe, Kentaro’s joint CEO, commented, “We are delighted to have secured Walter’s services – I have always very much respected Walter as an individual and professional and have known him for 15 years. We now have completed our new senior management team of high-profile, experienced industry professionals to pave Kentaro’s way into an even more successful future.”