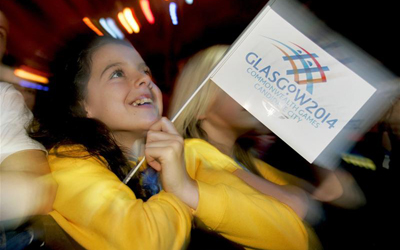 VisitScotland are hoping that the 2014 Commonwealth Games in Glasgow will act as a “springboard” for the country’s tourism industry.

Up to 1.5 million visitors are expected to go to Glasgow later this month as a part of the Commonwealth Games.

Tourism agency, VisitScotland, has been working with local businesses to try and make the most of the opportunity.

The agency announced plans for a £2.5m marketing drive last year, to promote the Games around the world, which they hoped would encourage more visitors to Scotland.

VisitScotland CEO Malcolm Roughead said: “2014 presents a unique opportunity for Scottish tourism – not only as a chance to promote our country to a global audience, but also to leave a legacy for the industry, developing skills that will pave the way for a Scotland that is more accessible, more sustainable and even more welcoming.

“It is important that visitors coming to Scotland this year, leave impressed not just by our scenery, wildlife and landmarks but by our people and our facilities.

“This helps raise our standing on the international stage and makes Scotland a place of interest for visitors and for other businesses.”

Roughead added: “Improving skills and standards helps attract more visitors, which in turn creates more jobs and boosts the economy. For every £50,000 spent by visitors, one new job is created.

“Tourism is one of the country’s most important industries and worth £11bn to the Scottish economy, but there is the potential for further growth.

“We must use major events such as the Commonwealth Games as a significant springboard for our future.”