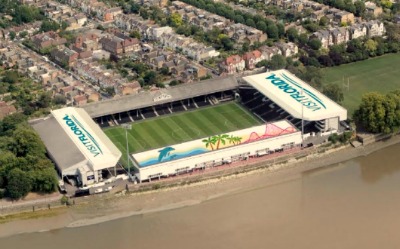 Visit Florida have re-signed deals with Fulham Football Club and the Jacksonville Jaguars to promote the Sunshine State in the London market.

The terms of the new $1.25 million deal for 2016-2017 include the Visit Florida logo emblazoned on all home, asthma away and third Fulham jerseys, order a massive mural on the roof of Craven Cottage Stadium that can be seen by aircraft approaching Heathrow airport, recipe riverside signage on the Thames, LED digital messaging in the stands and dugouts, and on field and pre- and post-match interview backdrops.

Other Fulham marketing initiatives involve promotional opportunities, as well as tailored digital and social media engagement through the Club’s collective digital reach, which was the highest of all Sky Bet Championship clubs last season.

The deal also incorporates Visit Florida messaging and promotional opportunities with the Jacksonville Jaguars tied to their October 2 game against the Indianapolis Colts at Wembley Stadium in London.  This marks the fourth year the Jaguars have played an AFC South opponent as a home game in London as part of the NFL’s International Series.

The UK is Florida’s top overseas travel market with 1.7 million visitors to the state in 2015 who spent $1.5 billion.  Outside of the U.S. and Canada, the UK has the most direct scheduled seats on flights into Florida, with 1.7 million in 2016.  The average party size for UK visitors is 2.4, the largest of Florida’s international origin markets.

“Our VISIT FLORIDA partnership combines the best of two worlds, the UK’s preferred leisure destination that is Florida and one of the UK’s most respected and beloved football clubs that is Fulham,” said Fulham chairman and Jacksonville Jaguars owner Shahid Khan. “I am elated to have VISIT FLORIDA returning to Fulham and the Jags for what I believe is one of the more distinctive and imaginative partnerships, not only in football, but in all of sports.”