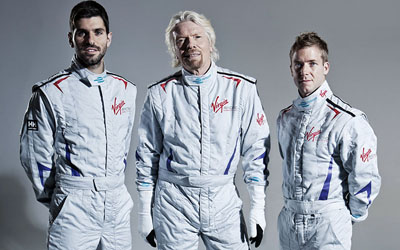 Pitch will promote the team and drivers, who were announced as Jaimie Alguersuari and Sam Bird last month, as well as produce content for their social media channels.

Virgin Racing Team Principal Alex Tai said:  “As we ready ourselves for the beginning of the 2014 Formula E Championship, I’m delighted to welcome Pitch to the Virgin Racing Formula E team. Having the support of a leading communications consultancy is a great addition and reflects our desire to create a winning team in the first season of the Championship.”

Formula E is a new championship recognised by motorsports international governing body (FIA) that will be raced with electric cars.

The first ePrix will take place around the Olympic Stadium, or Birds Nest, in Beijing in September.

Henry Chappell, Chief Executive, Pitch said: “Virgin is a brand renowned for technological innovation and sporting passion so it is hugely exciting to be given the chance to promote the Virgin Racing Formula E team.

“We look forward to playing our part in a successful first season for Virgin’s return to top-flight motor sport.”