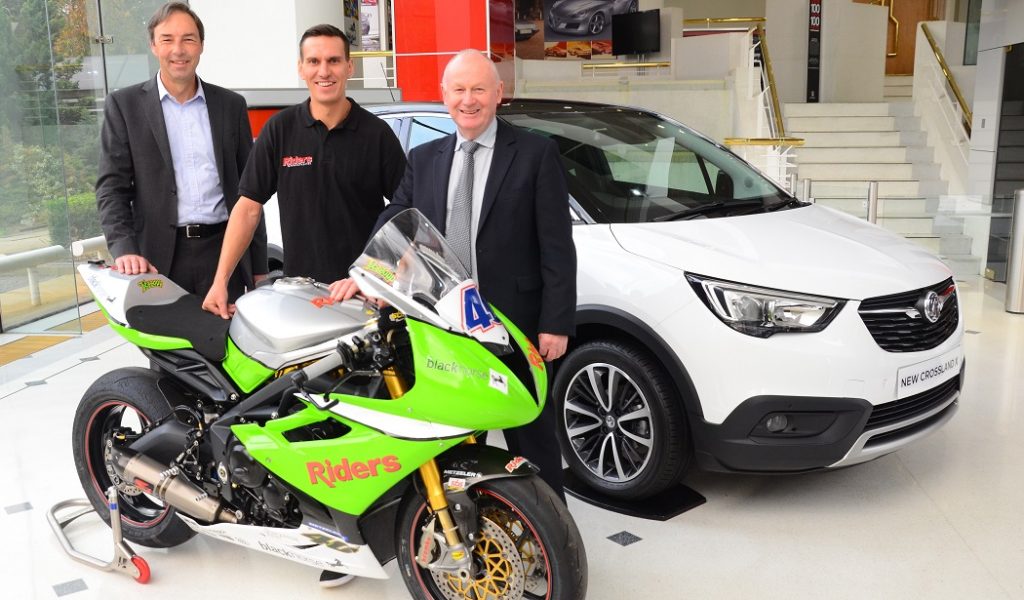 Northern Ireland’s International North West 200 motorcycle race has retained the support of Vauxhall for the 2018 event.

“Vauxhall is delighted to return as title sponsor for a sixth year,” said Simon Oldfield, Vauxhall’s Marketing Director. “We are very much looking forward to reaching out to thousands of motorcycle fans through our sponsorship of this great event.”

The securing of the car giant’s continued sponsorship is a huge boost for Event Director, Mervyn Whyte and his North West 200 team as the event moves toward its 90th birthday celebrations.

“We are delighted to have Vauxhall’s support once again as we approach this landmark occasion in the International North West 200’s history,” Whyte said.

“The support we receive from Vauxhall is vital in running an international event which attracts the best road racers in the world each year. The 2017 races culminated in a fantastic superbike race battle between Glenn Irwin and Alastair Seeley that will still be fresh in every fan’s memory.

“With Vauxhall behind us we will be aiming to hit those same spectacular heights next May.”