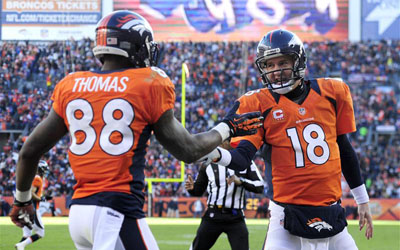 U.S. Bank has finalised a deal with Stadium Management Company to refinance the 12-year-old home of the Denver Broncos, prescription Sports Authority Field at Mile High.

The $112 million deal makes U.S. Bank the only lender for the stadium. The original permanent financing for the stadium was provided in early 2002 by four banks, including U.S. Bank.

“We are thrilled to bring this deal to fruition and provide Stadium Management Company with a significantly lower rate and better terms,” said Hassan Salem, president of U.S. Bank in Colorado. “We have been a partner of the Broncos for many years and are pleased to extend that relationship with this new financial agreement.”

U.S. Bank became the official bank of the Denver Broncos in 1999 and is the only bank to offer Broncos Checking, with the Broncos Visa Check Card and access to unique Broncos promotions. The Broncos and U.S. Bank partner for a number of community-oriented activities such as On US Random Acts of Kindness and the Read Like a Pro literacy initiative.

U.S. Bank has 80 branches and nearly 2,100 employees, U.S. Bank is the third-largest retail bank in the market. Last year, its employees gave back by spending more than 4,300 hours volunteering with local organizations. Statewide, U.S. Bank provided more than $2.3 million in contributions to the community.