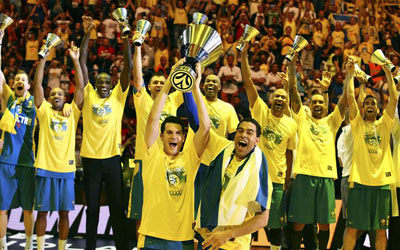 The new deal allows Upper Deck to create trading cards of the Euroleague’s young stars and established players. The new Euroleague cards will appear in all Upper Deck basketball releases beginning in 2015 and will include various player autographs and game-used memorabilia.

“More and more European players are making headlines for their polished style of play,” said Jason Masherah, president of Upper Deck. “It was a natural fit for Upper Deck to work with the top European basketball league in order to deliver future stars to our collectors. We are excited to see what the future holds for Euroleague Basketball and Upper Deck.”

Fans can expect to see the first Euroleague Basketball player cards in packs of Upper Deck basketball releases beginning in 2015.