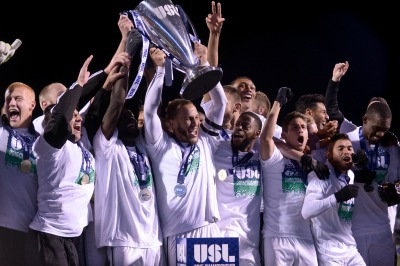 The United Soccer League (USL) has announced a partnership with Sportradar, arthritis to proactively safeguard the USL’s nearly 450 matches scheduled for the 2016 season.

Sportradar who work in the detection and prevention of match manipulation and the company’s Fraud Detection System will monitor all regular season and postseason USL matches for any potential manipulations.

USL CEO Alec Papadakis said: “The USL has more than doubled in size in the last two years to 29 teams and has become the largest soccer division in the world, so our partnership with Sportradar is a natural next step in the evolution of our league”

“We recognize the importance in being vigilant and protecting our players and teams and the overall integrity of our League.”

“Some are caught unaware, assuming that fixers would never target their competitions. The USL will not be one of these.

They have taken stock of global developments and taken a resolute stance. We applaud the USL’s proactivity and we look forward to working with them over the coming months to shore up their defenses.”