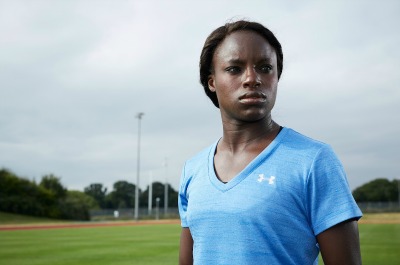 England Lioness and Chelsea striker Eniola Aluko has been announced as the first UK female football athlete at Under Armour.

Commenting on the announcement, Aluko said:  “I’m delighted to be joining Under Armour, a brand I’ve admired for many years and with which I share many personal characteristics.  It’s an honour and privilege to be the first female footballer to join Under Armour in the UK.”

“My aim has always been to achieve highest levels of performance so I’m very much looking forward to working alongside a team with innovative products and experts to achieve my goals.”

“Great partnerships are always rooted in shared attributes and that’s what underpins the relationship between Eni and Under Armour,” says Sher.  “From becoming the youngest player to represent England at 17 to making over 100 appearances for her country, Eni has demonstrated the will and determination to succeed.

“Her success story, on and off the field, is an inspiration to many and we look forward to the way this partnership can inspire others to strive for their goals.’”