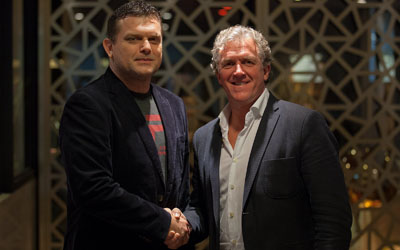 The channel had previously broadcasted UFC events within the region but today has signed a new agreement to show further UFC programming including The Ultimate Fighter (TUF) US reality TV show, specialised programming and documentaries and archive material.

Fight Channel will broadcast UFC in Croatia, Slovenia, Serbia, Montenegro, Macedonia and Bosnia and Herzegovina, to approximately 1.5million households, on channels such as Total TV, Bnet and SBB.

Garry Cook, UFC Chief Global Officer, said: “The UFC’s expansion across Europe in recent years has been unprecedented. Our partners at Fight Channel have been instrumental to this growth and we are committed to building the market further by bringing brand new content to the region and working to explore further opportunities for the UFC brand in Croatia.”

Fight Channel CEO Orsat Zovko said: “We are very excited to continue and to spread our partnership with UFC, the biggest fighting brand worldwide. I hope that our ‘know how’ and experience we gained in the last 20 years will help to popularise the UFC brand even more in this part of the world.

“In the period of last two years Fight Channel broadcasted all the UFC LIVE events which gained numerous fans in the region. By introducing new UFC content we believe our viewers will get better UFC experience which will raise popularity of this worldwide fighting brand. Our ultimate goal is to help to bring a UFC event in Croatia.”