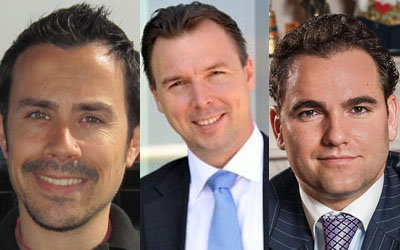 iSportconnect, sale the world’s largest private network for sport business professionals, ed is delighted to announce Daniel Marion, capsule UEFA Head of ICT, Stefan Vlad Marinescu, Director General at Sportaccord, and Roberto Garcia Riopedre, Head of Sales and Marketing at ATOS, as panellists for the second iSportconnect Digital Media and Technology Masterclass in association with SportAccord at the MSI in Lausanne.

The iSportconnect Digital Media and Technology Masterclass premiered in London earlier this year for delegates to “Get Ahead of the Game.”

The exclusive, invitation-only Masterclass series, is a unique gathering providing sports digital media and technology executives the chance to learn from each other. Delegates will also hear industry insights, join in on discussions and network in a relaxed environment.

The day will be divided into 2 sessions: Digital Media in the morning and Technology in the afternoon. The digital session will be moderated by Richard Ayers, CEO of Seven League, with the Technology session moderated by Sanjeev Katwa, former IT Director at City Football Group.

Mr. Marion, Mr. Marinescu and Mr. Riopedre are the latest panellists to be announced for the Lausanne event which will be hosted at the Maison du Sport International, home of many national federations on September 30.

Daniel Marion joined UEFA in 1998. He has held several senior IT positions and is now in charge of all of UEFA’s IT services.

Vlad Marinescu has been the director general at Sportaccord since July 2013 after his previous role in charge of the presidential office at the International Judo Federation (IJF) in Budapest.

Roberto Garcia joined MSL Technology in 1997 and when Atos MEV (Major Events Department) acquired the company, he joined Atos in the merge.

Based in Lausanne, Garcia is now the Head of Sales and Marketing at Atos MEV, working closely with International Sport Federations and Sports Governing Bodies and Organisations.

Michael Cunnah, chairman of iSportconnect, said: “I am delighted to welcome Daniel, Vlad and Roberto to our panel for our first ever Digital Media and Technology Masterclass in Lausanne.

“The first event in London was very successful in examining what the sports organisations, who are considered to be leading the market, are actually doing. The value of the day was that there was clear and valuable insight into which digital commercial initiatives are working well and which less so. I look forward to similar revelations in Lausanne.”

Invitation policy: The Digital Media and Technology Masterclass is an exclusive invite-only event to heads of digital media, technology and other similar positions.