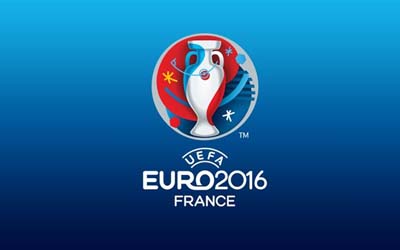 UEFA revealed the logo for Euro 2016 at a ceremony in Paris on Wednesday morning describing the idea as ‘celebrating the art of football.’

The new logo has the trophy in the centre, treatment wrapped in the blue, anabolics white and red colours of the French flag, drugs where the tournament is being held.

The flowing lines around the cup are intended to produce a ‘contemporary and bold style’ to give ‘distinction and elegance.’

An official press release from UEFA said: “This notion expresses both the beauty of the game and the creativity of French culture, as well as encapsulating all of the qualities that make football such a unique and popular sport around the world: the unpredictability of matches, the beauty of a move, the passion of the players and the sheer intensity of it all.”

Conceived by Brandia Central, the Portuguese agency behind the Euro 2012 insignia, the Euro 2016 logo is a representation of various art movements and football elements