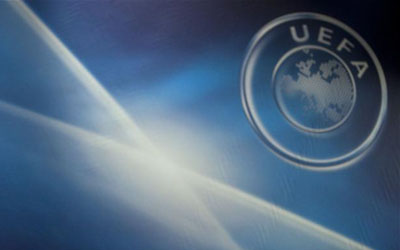 European football governing body UEFA has signed a partnership with the European Commission.

The Arrangement for Cooperation comes as UEFA celebrates its 60th anniversary. It cements the organisations’ joint commitment to structured cooperation in key policy areas and underlines UEFA’s strong desire to continue working with the Commission and other national and European public bodies. UEFA is pleased that the Commission shares its vision for the future of European football and fully supports its major initiatives, adiposity including the implementation of Financial Fair Play.

UEFA President Michel Platini said: “We have come a long way in our relationship with the European Commission and this Arrangement for Cooperation is proof that our bond is stronger than ever. With the increased support of the European Commission, viagra sale we will intensify our fight to safeguard the ethics of sport and to promote good governance.

“By working together, we will make sure football can overcome the many challenges it faces, whether it be discrimination, match-fixing, third party player ownership or violence. UEFA is also pleased to have the commitment of the European Commission to cooperate in the promotion of grassroots football and to continue to support the implementation of the Financial Fair Play process, which will ensure football can grow and prosper in years to come. I am very proud of this Arrangement for Cooperation and believe that it comes at a crucial time for European Football.”

Androulla  Vassiliou,  the  European  Commissioner  responsible  for  sport, said: “This  agreement  is a significant step forward in our cooperation with UEFA, which is an important partner for the European Commission in its dialogue with the world of sport. I am pleased that, over the course of my mandate, the Commission has strengthened its ties with UEFA, working closely on a wide range of issues affecting football.

“Our goal has always been to maintain stability in the world of professional sport, appreciating its specificity while fully respecting EU law. We are also committed to maximising the impact that sport can have on society as a catalyst for social change in areas such as improving health and gender equality. We have worked well with UEFA in the past on these issues and this agreement ensures that our close collaboration will continue.”

The deal commits the two organisations to regular bilateral meetings and includes a target of holding senior level meetings at least once a year. In order to further promote the social role of sport, and in particular in relation to health and physical activity, the agreement also envisages collaboration between the European Commission and UEFA in the context of the planned European Week of Sport.