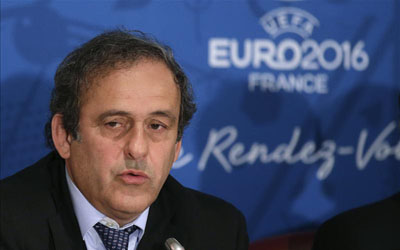 UEFA president Michel Platini has denied allegations that he asked for the postponement of the 2015 Africa Cup of Nations due to the Ebola outbreak.

The tournament is scheduled to take place in Morocco from January 17 to February 8.

In a letter to CAF counterpart Issa Hayatou, Platini called for the retraction of a CAF statement “as well as a formal apology”.

It is understood CAF is still refusing to apologise for its statement, despite Platini’s letter.

Platini wrote: “It was with great surprise, a deep sense of injustice and considerable disappointment that I learned of the official CAF statement entitled ‘CAF against interference of UEFA president in its affairs’.”

The UEFA president then provided a full transcript of parts of a television interview which had incurred the wrath of the CAF.

Platini added: “You know my love of Africa, the African people and African football, and that is why this CAF statement has upset and hurt me so much.”

Hosts Morocco had already called for the postponement of the tournament before CAF reacted to a Platini’s TV interview.

Their statement read: “CAF under the leadership of its president, Issa Hayatou, has always promoted free expression within it. Far from it therefore, claim to deprive anyone latitude to express themselves.

“But we must beware of what appears in every way as interference by a president of a confederation, in cases involving first and foremost Africa and CAF.

“Under the principle of non-interference required to comply, CAF has refrained so far to comment on some issues on the managing of European football or any other continent.

“Despite the risks involved in armed conflict in Ukraine, a country where a civilian plane was shot down killing nearly 300 people, UEFA did not consider it necessary to exclude Ukrainian clubs from its competitions as a security parameter by hosting games outside this nation, as treacherously raised once it is about Africa.

“CAF hereby reaffirm the importance it attaches to respect of its sovereignty and does not intend to let anyone interfere in the management of its affairs.”