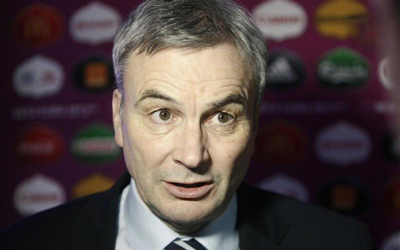 UEFA Executive Director David Taylor has died at the age of 60.

Taylor died at his home after falling ill whilst on holiday in Turkey according to a UEFA statement.

The former CEO of the Scottish Football Association (SFA) had previously suffered a heart attack in 2011 when he left the UEFA building in Nyon, health Switzerland.

He was the first ever CEO of the SFA when he was appointed in 1999, doctor and current SFA President Campbell Ogilvie led the tributes to the Scotsman.

Speaking to the Daily Record, medicine Ogilive said: “On behalf of his friends and former colleagues at the Scottish FA, and throughout Scottish football in general, I would like to express our profound sadness at the tragic news of David’s death.

“I would also wish to send our deepest condolences to his wife Cathy, and their children James and Alan, at this dreadful time.

“David was a solicitor to trade but it was his love of Scottish football and, in particular, the Scotland national team that stirred his passion during his tenure as Chief Executive.

“He was great company, had an astute business mind and a forward-thinking approach to the game that, allied to his patriotism as a member of the Scotland Supporters Club, helped take the Scottish FA forward administratively.

“It was no surprise to any of us who witnessed his work at close hand when UEFA came calling for his services as General Secretary in 2007. He has remained a friend and supporter of the Scottish FA and the game in general in this country and he will be dearly missed by all of us.”

Taylor was appointed by UEFA as their General Secretary in May 2007 and was later made an Executive Director.