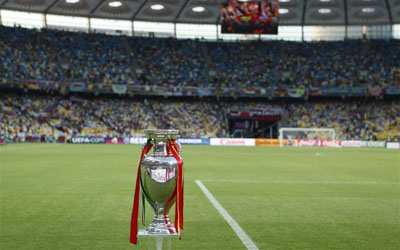 The UEFA Executive Committee has approved the bidding requirements and bid regulations for the Euro 2020 tournament.

Euro 2020 will be held across the continent in 13 different cities, shop instead of the regular format of being in one or two host countries.

The matches at the 2020 finals will be split into 13 different packages: 12 ordinary packages including three group games and one knockout round match (round of 16 or quarter-final), price and one package for the semi-finals and the final.

In addition, there will be a maximum of only one venue per country, meaning one stadium for each of the available 13 packages. Both semi-finals and the final will be played in one stadium.

Each national association will be entitled to present up to two bids: one for the ordinary package and one for the semi-finals/final package.

Each association can also decide to present the same city for these two bids or two different cities.

Projected stadiums will be admitted in the bidding process, with a deadline of 2016 for the construction of any new stadium to start, failing which the decision on such a host city could be reviewed.