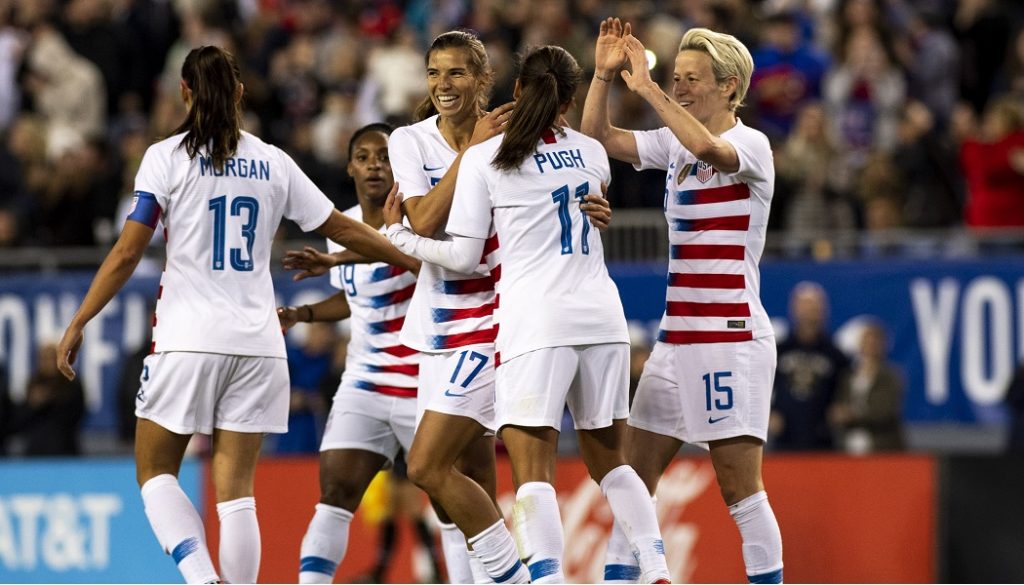 Members of the United States women’s soccer squad (USWNT) say their lawsuit against the national federation alleging gender discrimination is not just about wages but also improving the sport for women participating in it at all levels.

All 28 members of the squad were named as plaintiffs in the lawsuit, which was filed in federal court last month and says the women are not paid the same as their male counterparts.

While the U.S. men’s team have voiced their support, the U.S. Soccer Federation has said it was surprised by the lawsuit, with its president, Carlos Cordeiro, saying it strives for equal pay and has boosted its investment in female player development programs.

Midfielder Megan Rapinoe told Reuters in an interview timed with Equal Pay Day on April 2 that they were also pushing for systematic change.

“For us it is really important to really look at the bigger picture of the compensation piece,” she said.

“I don’t think you can talk about compensation articulately or intelligently until you have a conversation about funding across the board,” she said.

“So, whether that is youth teams or staffing for each team or promotion and sponsorship, you know, advertising for both teams, I don’t think that that is equal yet,” she said.

“So yes we are fighting for equal compensation but we are also fighting for this larger picture of investment in both programs equally.”

Since the lawsuit was filed, some companies have stepped in to help close the pay gap.

Nutrition snack company Luna Bar on Tuesday announced that it would give each member of the squad competing at the Women’s World Cup a one-time payment of $31,250 — the difference in the bonus paid to the men’s World Cup squad.

Sportswear company Adidas has also said that if the USWNT win the Women’s World Cup this year its sponsored players would receive the same performance bonus payments as their male counterparts.

The players said change was also needed outside the United States.

“We are hopeful that FIFA is doing things to put more women in executive positions and more women within FIFA in general,” striker Alex Morgan told Reuters.

“We still feel like they are very behind on the trend and we are hopeful that what we are doing today and the continual fight that we have will help FIFA proactively change the inner workings of the system that is very flawed within them as well.”

Morgan said the team hoped to improve the lives of the next generation of female athletes.

“We might not see equal pay among athletes within our generation but the hope is that the future generations will.”

The women said the lawsuit would not distract them from their efforts to win back-to-back World Cups, and a fourth title overall, when they compete in France in June.

“Success for us is very simple and it is very clear from the first second that you get on the team, whether it is like a passing pattern or a small-sided game or a friendly or a World Cup final — it’s winning,” Rapinoe said.

“It’s competing to the best of your ability, it’s trying to be the absolute best that you can so for us the expectation is always the same, success for us looks like winning,” she said.