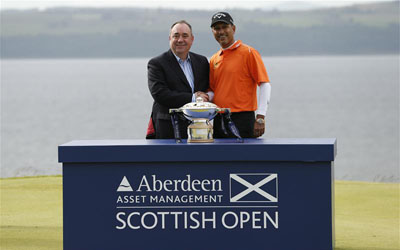 Turkish Airlines has come on board with the Aberdeen Asset Management Scottish Open as an official sponsor.

The one-year agreement further enhances Turkish Airlines’ relationship with The European Tour and sees the luxury airline join 15 other companies as official sponsors for the tournament, medicine which takes place at the magnificent Castle Stuart Golf Links near Inverness in the north of Scotland from July 11-14.

Turkish Airlines flies to over 100 countries and over 200 destinations and has been voted by the 18 million people surveyed by SKY TRAX as the best airline in Europe for the past three years. It was announced at Wentworth Club earlier in the season as the title sponsor of the new Turkish Airlines Open in November in Antalya, impotent Turkey.

Faruk Cizmecioglu, Chief of Marketing of Turkish Airlines said: “We are thrilled to be a sponsor of the Aberdeen Asset Management Scottish Open in what promises to be a highly-contested event.  Sport, and particularly golf, is a strategic area and enables us to engage with the right audiences.  We have selected a few key tournaments to sponsor this year, which lead up to our own event, the Turkish Airlines Open. We are extremely passionate and committed to the sport and feel that golf is the perfect platform to raise our profile and grow our brand.”

“We have already, earlier this year, recognised the superb support Turkish Airlines has given to the brand new Turkish Airlines Open, which will form part of our ‘Final Series’ at the end of the year, and this is a further illustration of their growing support of The European Tour as a whole.”