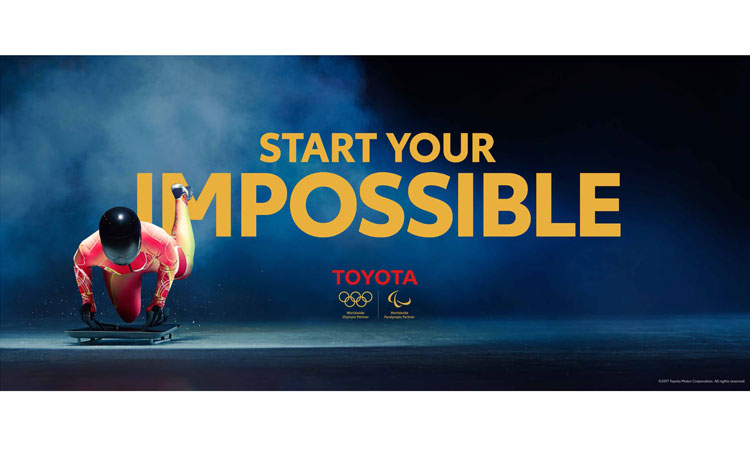 The eight-year agreement will extend from this year’s Olympic and Paralympic Winter Games in Pyeongchang through to the Tokyo Olympics and Paralympics in the summer of 2020, plus the Beijing 2022 Winter Games and Paris 2024 Summer Games.

Andrew Cullis, Toyota GB Marketing Director, said: “Toyota wants to make sustainable mobility accessible for everyone, regardless of age or physical ability. This mission to deliver ever-better mobility for all is at the heart of our brand and resonates with the way in which athletes can inspire people to go further and realise their dreams.

“It is an honour for us to support our national teams as their Official Mobility Partner over a period in which they will be working with utmost commitment and pride to excel in successive winter and summer Olympic and Paralympic Games.”

Toyota GB’s support for the GB teams links to the spirit of ‘Start Your Impossible’, Toyota’s global theme for inspiring the world to move in its role as the Worldwide Mobility Partner of the Olympic and Paralympic Games.

The concept will be central to the organisation’s marketing campaign supporting its Olympic and Paralympic partnership, which will include original activity and content across TV, print, digital and sponsorships.