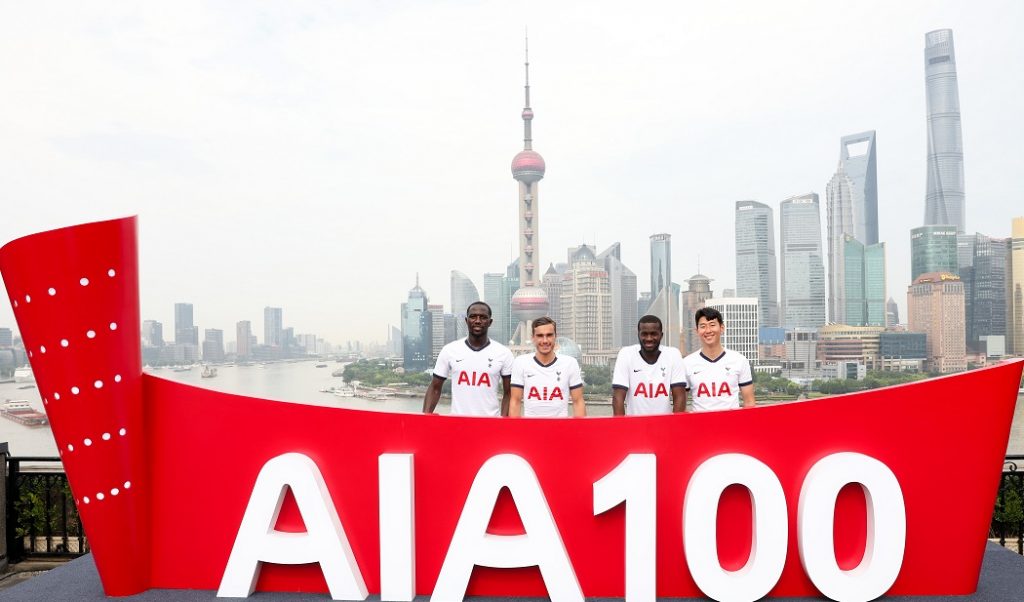 Tottenham Hotspur has extended its official partnership with AIA Group Limited (AIA) until the end of the 2026/2027 season.

This renewed agreement will see the strategic partnership span well over a decade between the Club and AIA, who originally came on board as Official Cup Shirt Partner in 2013. In the 2014/2015 season AIA became Official Shirt Partner in all competitions with the relationship extended in 2017 during Tottenham Hotspur’s post season tour to AIA’s home market, Hong Kong, as it became the Club’s Global Principal Partner.

The AIA brand will continue to appear on the front of the Club’s Men’s, Women’s and Academy team’s shirts in all competitions until 2027 with both parties remaining committed to promoting the importance of sport in the Asia-Pacific region as key to living Healthier, Longer, Better Lives.

Tottenham Hotspur Chairman Daniel Levy said: “This renewed and extended partnership demonstrates the strength and success of our well-established relationship with AIA and underlines the positive impact we have been able to bring to AIA’s brand and business. We are proud to have the immense support of AIA at such a significant time in the Club’s history. We shall continue to collaborate to drive the Club’s and AIA’s growth in Asia and support AIA’s commitment to healthy living in its Centennial year and beyond.”

Ng Keng Hooi, AIA Group Chief Executive & President, said: “The enormous popularity of the English Premier League and Spurs across our markets, coupled with the ongoing success of the Club on the field, which culminated in the Champions League Final appearance earlier this year, make this an ideal time to extend our partnership. As the Club’s Global Principal Partner, we will continue to create many opportunities for our customers, agents, employees and local communities to interact with Spurs players, coaching and support staff. We’ve already enjoyed a great deal of success together and I am very confident that both on and off the field there is much more to come.”